Rye City began in 1660 when Peter Disbrow, John Coe and Thomas Studwell came from Greenwich with a small group of settlers. But it has taken until 2016 for Rye City to get its first woman firefighter. 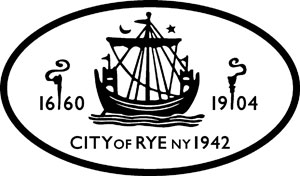 Mr. Serrano stated that these appointments are even more noteworthy due to the fact that one of the Firefighters is the first woman Firefighter in the history of the City. All four individuals bring experience and professionalism to the City of Rye in two very important departments.

Mr. Serrano stated “on behalf of the Police Commissioner and myself we take the responsibility of appointing any staff very seriously and understand the importance of this responsibility. This is why we take our time to review all candidates very carefully because we both want to hire the best person for the position. We both look for the most professional individual and one that will work with all other employees of the City, and most importantly provide the services to our residents that they deserve. After a long and detailed review we are both very proud and happy to welcome Police Officer Chad Delgado, Fire Fighter Cea Fong, Fire Fighter Ryan M. Iarocci and Police Officer Alexander F. Whalen to our City.”

Mr. Serrano stated that a Swearing-in Ceremony will take place on Friday, September 9th at 10:00 a.m. in City Council Chambers at City Hall, 1051 Boston Post Road, Rye. All are welcome to attend and meet our four new City employees and their families.