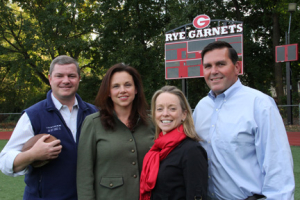 It’s been over 500 days and the public hasn’t seen a single email from Hizzoner. The U.S. Presidential Election right now is perhaps Exhibit 1 on why this matters.

Welcome back everyone. Let’s begin our new season of local municipal corruption columns here by restating our simple core thesis – which is that an elected official looking the other way from wrongdoing is participating in wrongdoing. Silence in the face of unethical favoritism speaks at thunderous volume. Dismissing evidence of municipal corruption is in itself corrupt. These truths are held to be self-evident even if someone wants to tell you they are not.

For this column we’d like to know if you’ve perhaps heard somewhere about high public officials obstructing lawful Freedom of Information Act records requests related to public record emails? If you haven’t yet then let us at least provide you with a curious hyper-local and hyper-egregious example.

The NY Freedom of Information Law (FOIL) was enacted to promote open government and public accountability, and it imposes a broad duty on government to make its records available to the public. The statutorily stated policy behind FOIL is to promote the people's right to know the process of governmental decision-making and to review the documents and statistics leading to determinations.

In a proceeding pursuant to a NY CPLR Article 78 (FOIL lawsuit) to compel the production of material pursuant to FOIL, the agency denying access has the burden of demonstrating that an exemption applies to the FOIL request. The exemptions from disclosure are to be narrowly construed so as to ensure maximum public access to government documents, and in order to satisfy its burden, the agency must demonstrate that the requested material falls squarely within a FOIL exemption.

The agency does not have carte blanche to withhold any information it pleases, and it must articulate particularized and specific justification for the nondisclosure at issue. Conclusory assertions that certain records fall within a statutory exemption are not sufficient; evidentiary support is needed.

Rye’s Most Transparent Administration, Ever – Part 1

On April 24th of 2015 – a lifelong Rye resident submitted a request for public city records. He requested “all e-mails transmitted and received by City of Rye Mayor Joseph Sack from any of the e-mail addresses he has used for City of Rye business since 1/1/14.” (January 1st 2014 by the way was the day Rye City Councilman Joseph Sack took the oath of office thus becoming Mayor Joseph Sack.) The City officially replied promptly just 12 days later on May 6th 2015 that “due to the volume of material it would take approximately 12 to 14 weeks to provide the responsive documents.” Then the games truly began.

But before we get into the process weeds, let’s look at some national survey findings, and then what we were all promised here locally –

(National Survey of 1000 Likely Voters conducted on September 8 and 11, 2016 by Rasmussen Reports. The margin of sampling error is +/- 3 percentage points with a 95% level of confidence.)

“The Rye Golf Club scandal focused my attention on our City’s government. I am eager for the opportunity to apply my professional financial background and experience to help Rye implement smart and necessary internal controls to PREVENT ABUSES like this from happening again. I am inspired by the prospect of working collaboratively with a team of talented and dedicated individuals – to create an atmosphere of cooperation and to address all the issues important to Rye and its residents.” Kirstin Bucci • Former Wall Street Equity Research Analyst • Graduate of Bucknell University

“I believe that we need to bring openness, TRANSPARENCY and common sense back to Rye’s government. Together with (my) team, I will bring INTEGRITY, leadership and consideration for all citizens to the City Council. I will work to put an end to the vitriol and personal animosity that currently exists so that we can return to a thoughtful and respectful approach to local government and get things done for the good of Rye.” Terry McCartney • Former Major, United States Marine Corps • Graduate of the Virginia Military Institute and St. Thomas University School of Law

“I am running for reelection…to help keep Rye the financially sound, vibrant community that it is for all our residents. We need leaders who will explore common-sense solutions to the challenges we face. Serving our community has always been important to me. If honored with your vote, I will work tirelessly to ensure that the City of Rye is run the way you expect and deserve.”

“In light of the Rye Golf Club scandal, the Rye TV debacle and the Rye Police uniform bid controversy, among other issues, folks in Rye have lost faith and trust in the way that our government is run. My team and I will work together and with others to promote fundamental ideals, including OPENNESS, TRANSPARENCY, INTEGRITY AND ACCOUNTABILITY to restore confidence in our City government and to get Rye back on track.” Joe Sack • Former Securities Regulator and Criminal Prosecutor • Graduate of Fordham Law School, Holy Cross College and Regis High School

“OUR COMMITMENT TO YOU: Integrity and Accountability – Openness and Transparency – Financial Oversight and Control – Communication and Cooperation – Common Sense and Good Judgment.” (All capitalizations above here are mine).

After the city’s May 6th 2015 reply to the FOIL request for Mr. Sack’s emails (which said that “due to the volume of material it would take approximately 12 to 14 weeks to provide the responsive documents,”) an official extensive radio silence set in. On August 17th 2015 the resident requestor submitted a FOIL appeal asking for the records or a reason why they were being withheld or delayed. Three and one half months later – on December 7th 2015 – the city finally replied to the requestor that “due to the volume of material requested”, the city would now require until January 8, 2016 to provide a response pursuant to his request.

January 8th 2016 came and went so the resident visited city hall and met personally with Rye City Manager (and Rye FOIL Appeal Officer) Marcus Serrano on January 27, 2016. Mr. Serrano told the resident that the city had in their possession all of Mayor Sack’s emails that were responsive to the FOIL request of the prior April and that they were housed on the city’s server – and that he would be providing them to the requestor in the very near future. He also stated that Mayor Sack was giving him a hard time about providing to him responsive emails contained on Mr. Sack’s personal devices used for official city business.

On March 17th 2016 – after neither receiving nor hearing anything further from Mr. Serrano about the Mayor’s emails – the resident filed a formal written appeal to Mr. Serrano, which likewise went unanswered. The resident persisted and wrote to Mr. Serrano again on April 9th, May 4th, May 11th, May 31st, June 3rd, June 16th and on July 1st asking if he was going to respond to the March 17th FOIL appeal. On July 13, 2016 after running this stonewalling gauntlet for well over a full year, the resident felt only a court could force the issue so he filed – at his own expense – an Article 78 lawsuit for the Mayor’s now long suppressed emails.

On August 7th 2016 Rye City Attorney Kristen Wilson responded by a sworn affidavit to the court. She wrote that the resident had previously “been informed that (this FOIL request) did not reasonably describe the records” being sought. (The resident received no such notification prior to the city attorney claiming on August 7th 2016 that it existed – and no such proof of notice has been provided.) Ms. Wilson continued saying that “the city had conducted an expansive email search that has resulted in tens of thousands of emails.” Wilson further wrote that this FOIL request “transcended a normal request and that it was not reasonable to require an agency (or person) to review thousands of records to determine what documents were responsive to the FOIL.”

After 500 days? In a word – phooey. I also humbly hereby nominate Ms. Kristen Wilson, Esq, for immediate promotion to a high office position in the U.S. Department of State in Washington, D.C. I’ll be in contact with Senator Schumer’s office next week to assist them in making the introductions.

As for Mr. Sack – who I supported strongly for Mayor –this trail of public email suppression in this day and age is both extraordinary and extraordinarily troubling. Is Joe Sack hiding something or nothing – we just don’t know.

And that I’m afraid makes all the difference.