On Wednesday, Westchester will honor military vets that served in the Vietnam War 50 years ago.

We asked who from Rye City is being honored. Here is the list of our neighbors you can thank for their service (feel free to leave a comment below):

If you know of other Rye residents who should be on this list, they should register with the county.

Here are the details: 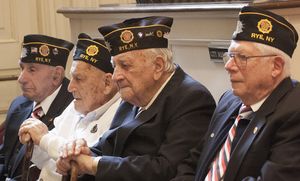 WHAT: County Executive Robert P. Astorino invites Westchester’s Vietnam Veterans and the public to attend the county’s Commemoration Ceremony for the 50th Anniversary of the Vietnam War. Vietnam Veterans from Westchester will receive a medal in honor of their service.

Medley Salute to the Armed Forces