VOTE Tuesday; And Don’t Put Out Your Trash… 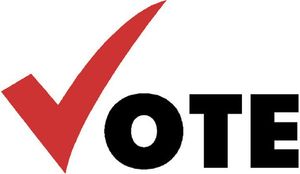 Our local race is for State Senate where two Rye residents are vying for the spot–incumbent George Latimer, who has served in the Senate, Assembly and many moons ago on Rye City Council, is being challenged by Julie Killian, a Rye City Councilperson. Latimer is a Democrat, Killian a Republican.

See one of the candidate debates here:

The second local issue is a Referendum to establish the position of Public Safety Commissioner who would oversee both the Fire and Police Departments. Typically the police and fire unions don't like this, but many cities are considering this for cost reasons and better coordination. Likely Rye PD Police Commish Michael Corcoran will be elevated to this new position and oversee Rye FD too. You can watch a video on this issue here.

Now there are all sorts of jokes we can go with here… but as you run out to vote Tuesday, don't put out your trash. There is no trash pick-up Tuesday. This from Rye City:

"Please note that there is a change in the regular Sanitation and Recycling schedule due to Election Day as follows:

There will be NO Garbage and Recycling pickup on Tuesday, November 8 for Election Day. Tuesday's scheduled pickup will occur on Wednesday.

There will be regularly scheduled pickup on Friday, November 11 which is Veteran's day.

(Ex.: If your garbage normally gets picked up on Tuesday please put it out on Wednesday for pickup.)

There will be no greenwaste, metal, or electronics pickup this week."