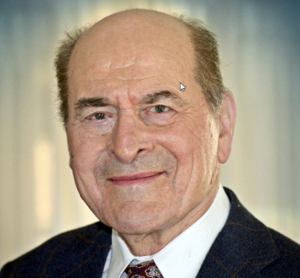 One Time Rye Resident, Dr. Henry Heimlich of the Eponymous Anti-Choking Maneuver, has dies at age 96. Heimlich lived on Forrest Avenue in Rye in the 1960s while enjoying a successful medical practice in Manhattan. From the NY Times obituary:

"It is called the Heimlich maneuver — saving a choking victim with a bear hug and abdominal thrusts to eject a throat obstruction — and since its inception in 1974 it has become a national safety icon, taught in schools, portrayed in movies, displayed on restaurant posters and endorsed by medical authorities.

(PHOTO: The Rye Chronicle of May 1962 mentions a trip to a medical conference taken by Heimlich and his wife.)

Heimlich married the daughter of Arthur and Kathryn Murray, at the height of the success of the Arthur Murray dance studios, and the Murrays bought Heimlich and his wife a home in Rye.

"Returning to New York in 1945, he settled into a small practice on Fifth Avenue; his patients came from Manhattan's social elite. His circle included Arthur Murray and his wife Kathryn, who were at the height of their fame, with a chain of social dancing studios and their own TV show. In 1951 Henry married their daughter Jane.

The Murrays bought the newlyweds a sprawling house in the leafy Westchester suburb of Rye, and then bought the house next door for themselves. Peter remembers his grandfather's dismissive, mocking attitude toward his father, but he believes Henry learned about promotion from Arthur Murray. "He wasn't just selling dance lessons," says Peter of his grandfather. "He was selling the hope that learning to dance would make you popular and would introduce lonely people to a mate.""

The Heimlichs moved in Cincinnati in 1969.

His own web site does not diminish his achievements:

"Dr. Henry J. Heimlich is a thoracic surgeon, medical innovator, and humanitarian who has likely saved more lives than any other living physician. His career has been dedicated to finding simple, creative ways to solve complex health problems. While he is best known for inventing the Heimlich Maneuver to save the lives of choking victims, he has developed many other livesaving medical procedures and devices."