Santa may be calling Rye kids at home but the Grinch is robbing toys from needy boys and girls from a donation box on Rye's Purchase Street. 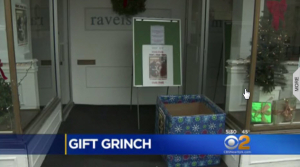 CBS New York interviewed real estate broker Marylin Hoffman of William Raveis Real Estate on Purchase Street about how someone robbed the contents of a Toys for Tots donation box in front of their store. 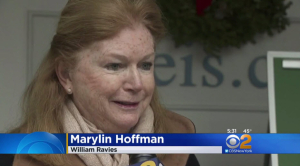 CBS reported the Grinch could spend a year in the slammer:

"“The real estate company may not want to press charges, but if in fact we do identify a perpetrator, we can always investigate and hopefully interview a person and see if they will admit to committing some kind of theft,” police commissioner Michael Corcoran said.

Police are looking for video and witnesses.

“We have faith in our community, and we have to look at it as a single incident,” she said.

She said she knows the community will make sure needy kids have toys for the holidays.

Police said the robber could face up to a year in prison. Anyone with information has been asked to call the Rye Police Department’s anonymous tip line at (914)-760-4243." 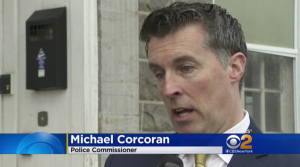 (PHOTO: Rye PD Commish Corcoran is hot on the tail of the Grinch.)