The day–or in this case the late, late evening–is not going your way when you are stabbed by your cab driver.

In the wee hours of Friday morning a cab driver and passenger got into a dispute which would up with the cab crashing into a tree at Rye's Highland Hall apartments, a fight and then (allegedly) the cabbie stabbing the passenger.

Details from Rye PD below: 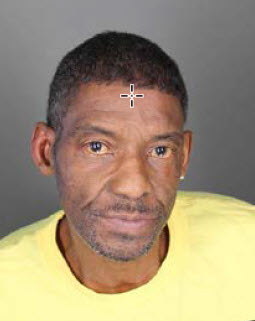 On January 13, 2017, at approximately 1:20 a.m. Rye Police responded to Highland Avenue and Purchase Street on a report of a dispute. Upon arrival, officers observed a yellow taxicab crashed into a tree on the property of the Highland Hall Apartment Complex. The officers further observed two men struggling on the ground by the driver’s side door of the taxi. Both parties were separated and officers immediately learned that the victim was suffering from stab wounds to the chest, arm and head which were allegedly inflicted by the driver of the taxi, identified as Frankie Phelps, age
61. A silver folding knife was recovered at the scene. Phelps was quickly arrested by responding officers and the victim was transported to Westchester Medical Center with non- life threatening wounds.

Rye Police Commissioner Michael C. Corcoran, Jr. stated the investigation revealed that the 28 year old victim hailed a taxi in Mt. Vernon with a destination of Rye. While en- route, a verbal dispute ensued between Phelps and the victim over the direction of travel. The dispute became physical whereupon Phelps allegedly attacked the victim with a knife in the back seat of the vehicle. A struggle continued into the front seat and ultimately the vehicle crashed into the tree of the apartment complex.

Phelps was charged with Assault in the 1st degree and Criminal Possession of a Weapon in the 4th degree. He was arraigned and remanded to the Westchester County Jail with bail set at $50,000.00 cash or $100,000.00 bond.

Corcoran added, “I commend Sergeants Charles Hunter and Jason Washco and Officers James Foti, Keith Parker and Anthony Rosace. Their rapid response, quick action in controlling the situation and subduing the suspect undoubtedly prevented the situation from becoming much worse.”

Facebook
Twitter
Email
Previous articleHeard in Rye Lecture: The Spiritual Child – Thursday, January 26, 2017 at 7:30p
Next articleRye Board of Ed Closes in on New School Superintendent