It's Parker v. Sack on the playground, or the Playland…

In a statement former Rye City Councilperson Catherine Parker and now county pol Catherine Parker (D), she attacks Rye Mayor Joe Sack (R) and the city suit against Westchester County on Rye Playland. The suit, now dismissed was a "massive waste of taxpayer money" according to Parker who also, pointing to Sack, said "the Mayor felt the need to enter into completely avoidable litigation". 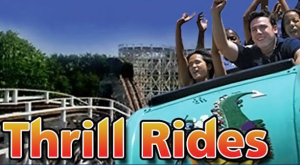 (WHITE PLAINS, NY) “This morning, the City of Rye’s lawsuit against the County of Westchester regarding assertion of lead agency status was dismissed in the County Supreme Court. As I noted when this lawsuit was first filed, this litigation was an attempt to usurp the County and was a massive waste of taxpayer money.

“Unfortunately for the taxpayers of Rye, they had to pay for both ends: Rye’s filing and the County’s response.

“While it is true that a hallmark of the Astorino Administration is a lack of communication, what occurred in this instance was a complete lack of cooperation from the City of Rye. Throughout this process, Westchester County offered the City a seat at the table for their city planner, city engineer, and elected officials. These measures were not good enough for Rye, so the Mayor felt the need to enter into completely avoidable litigation.

“Evident through the Court’s ruling, the law regarding lead agency status is clear. While the land may be in Rye, the property has been and is still the County’s. This interpretation of lead agency status for Playland has never been called into question before by the City and this quick case dismissal shows why. This lawsuit resulted as a block on needed repairs and improvements to the park. Among these stalled projects includes a needed fire suppression system that to this day is uncompleted.

“With Playland’s opening day roughly six weeks away, I hope the City of Rye’s actions do not impede the start of a yearly Westchester tradition that so many of our neighbors enjoy.”