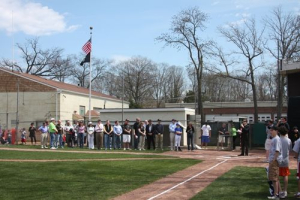 On Thursday, May 11, 2017 the City of Rye Recreation Commission held its first public meeting on the Disbrow Park Master Plan. The City’s Consultant, Stantec Consulting Services, facilitated a meeting attended by approximately 30 stakeholders including residents that live near the park, recreational users groups and City officials. Participants identified existing park assets and what improvements could be made.

The intent of the master plan is to identify needs from all park users and potentially reorganize existing amenities to improve park experiences and better accommodate the City’s aging public works facilities, which share use of the park with the Blind Brook sewage treatment plant operated by Westchester County.

Stantec will have a second public meeting on May 31, 2017 at 7:00 PM at Damiano Center to share alternative concept plans it prepares based on the comments received from the May 11 meeting and the results of an online opinion survey, which the public can respond to until May 25, 2015. These alternative concepts will be reviewed by the public for additional comment.

Community engagement will continue with a third public meeting held at Damiano Center on June 20, 2017 to present the preferred design alternative based on the information and input from the May 31 meeting.

A final presentation on the Disbrow Park Master Plan and estimated costs will be presented to the City Council at its July 12, 2017 meeting at Rye City Hall.