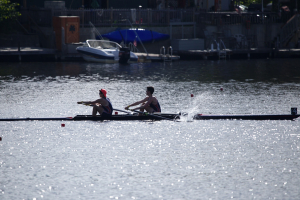 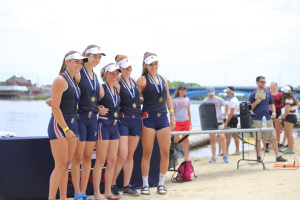 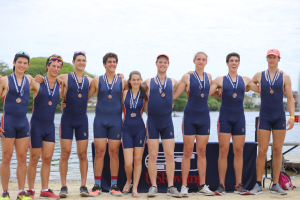 Crews finishing in the top three at regionals earn bids in the US Rowing Youth National Championship and will be competing in the regatta next month. As a bonus for RAR, one of the top three finishers in the Men’s Youth Double event was not eligible to qualify, so the 4th finisher, RAR’s Men’s Youth Double Clemmi Borgogni (Rye) and Chris Pyne (Greenwich) earned a bid and are eligible to compete at Nationals in the Double as well as the Eight.

“Our athletes have been working very hard towards reaching their goal of medaling at the US Youth Nationals, and qualifying at regionals was a critical step,” said Marko Serafimovski, Director of RAR and Head Women’s Varsity Coach. “With less than 40 varsity members at RAR, it is impressive that we are sending six boats to compete on the national level.”

The USRowing Youth Nationals is the premier event in the United States for rowers 18 years old and younger. Last year RAR won the gold medal in the Men’s Single and the Men’s Four, a remarkable feat for their relatively small program. This year the program continues to grow and thrive as a result of the coaching staff and discipline of the athletes. “We are thrilled to be developing the next generation of successful rowers” adds Serafimovski.