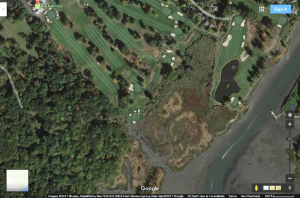 “The complainant provided pesticide spray charts from 2014 that indicated the PHP Chip Lafferty applied some pesticides in a manner that violated the label requirements of said pesticides. In a previous complaint…Mr. Chip Lafferty was charged for applying pesticides in a manner not in accordance with label requirements. Mr. Lafferty applied a pesticide Alt-70 at an interval more frequent than allowed for per the label. Mr. Lafferty pled guilty to the violation and paid a fine.”

“The Bureau of Pesticides has been notified of the pesticide misuse from 2014 and 2015 by Mr. Lafferty.”  (From the case notes of the NYS DEC’s internal investigation of Rye Golf Club.)

Rye Golf Course Chemical Application Records Show Massive Illegal Over-application of Registered Pesticides in The Summer of 2014, Less Than A Year Prior to All Greens Being Killed.

Our Freedom of Information Request for the 2014 records of chemical application records for Rye Golf Club have been responded to by the City of Rye, and they show massive apparent over-application of multiple chemicals by Mr. Chip Lafferty. The most egregious example of massive over-applications involved 8 applications of Chipco Signature from July 3rd to August 22nd of 2014. Chipco Signature contains the same active ingredient, aluminum tris, which is the active ingredient found in Alt 70, the product that was purchased as a replacement to Chipco Signature that destroyed the club’s greens in 2015. According to its label, Chipco Signature cannot be applied in daily intervals more frequent than 14 days. Yet during this 52-day period Mr. Lafferty apparently hammered the course with 8 applications of aluminum tris, an average of 1 application every 7 days, or twice the legal limit.

The attached summary analysis of the 2014 NYS DEC Rye Golf Course chemical application records seem to show 3 separate registered EPA & NY State registered turf chemicals being over applied in the year just prior to the death of all Rye’s greens. All 3 are highly toxic to the marine invertebrates present in Milton Harbor.

Viceroy (Active ingredient is Aluminum tris, the same as Alt-70) – 1 apparent 2014 violation of state and federal ‘under 14 day’ application prohibition.

Why would anyone, much less a registered NYS pesticide applicator, purchase and apply many times the legal limit of any registered chemical? What benefit would the golf course owners derive and what benefit would the applicator derive by buying and using many times the legal limit of registered chemicals at a course bounded by sensitive tidal marshlands?  And what could be such a compelling incentive, given the penalties, which an applicator would risk his livelihood in operating in this apparently illegal way?

To try and answer these and other questions, Rye residents submitted Freedom of Information Requests at Rye City Hall for Mr. Lafferty’s official email correspondence regarding chemical purchases.  Amazingly, Mr. Lafferty, a city employee for 15 years, does not have an official City of Rye email account (at least as of last year) and instead has conducted city business and made an untold number of RGC purchases over the years through a ‘personal email account.’ The City never provided the requested emails, shielding them from the public. 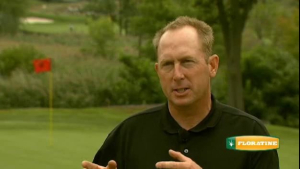 These FOIL’s were especially warranted because Mr. Lafferty has repeatedly failed to openly bid for hundreds of thousands of dollars of chemicals over the years despite evidence of competitive interest. Instead Mr. Lafferty is permitted to offer closed bids, with longtime industry associates, some under the guise of the so-called ‘sole provider’ bidding exclusions. Perhaps this is a reason why he, and our publicly owned Rye Golf Club, have both been prominently featured in commercial videos for turf chemical manufacturers. (More on this closed bidding via ‘sole provider’ exemption business in Rye at a later date….)

New NYS DEC Investigation Into 2014 Overuse of Registered Chemicals, Blocked. Bureau of Pesticides made aware of Lafferty’s pesticide misuse from 2014 & 2015. Lafferty to be subject to inspection and scrutiny in the future.

Yet Ms. Wilson does undisputedly have skills; skills that perhaps a more traditional Rye City attorney who is an actual city employee serving only one client – the City and its residents – might not have. Here however please recall that after Mr. Lafferty was first arrested in 2015, Ms. Wilson became his attorney and thus his advocate as well. And low and behold, in a late 2016 secret decision, likely unknown to almost anyone in Rye, Ms. Wilson’s client Mr. Lafferty–despite the acknowledgement of his ‘misuse of pesticides from 2014’ by the NYS DEC – was quietly absolved by none other than the Westchester County District Attorney from any and all of the 16 apparent 2014 illegal over-applications of toxic controlled chemicals on a public golf course bordering directly on highly sensitive tidal wetlands. The reason given by the NYS DEC? Because these offenses “occurred prior to the offense that he has already been charged and convicted of.”

“I took the information provided to me by the complainant and reviewed the new complaint with Rob Mayes of the Westchester District Attorney’s office. Based on our review of the case, the decision was made not to bring additional charges against Chip Lafferty for the misuse of pesticides in 2014 as these occurred prior to the offense that he has already been charged and convicted of. The Bureau of Pesticides has been notified of the pesticide misuse from 2014 and 2015 by Mr. Lafferty. He will be subject to inspection and scrutiny in his use of pesticides in the future.” (From NYS DEC Complaint Case filed June 22, 2016. Case Closed October 17, 2016.)

Mr. Lafferty thus instantly became – as free as a bird.