LoHud.com has reported $46K in taxes remain unpaid on a Rye home at 60 Roosevelt Avenue owner by Latimer's wife Robin Phelps-Latimer. The two bedroom, one bath home was part of the estate of Latimer's mother-in-law, who passed in 2012. 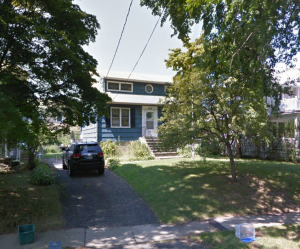 Latimer told LoHud.com the taxes will be paid as part of the estate being finalized.

Latimer, a state Senator running for Westchester County executive, blamed the tax arrears on ongoing negotiations over the estate of his deceased mother-in-law who formerly owned the property.

“It has not been finalized and as soon as that is done all of the past taxes will be paid up,” Latimer said. “There’s no attempt to avoid the obligation. The obligation will have to be met and I assume it will be met when the estate is finally resolved.”

The house at 60 Roosevelt Ave., still listed by Rye city as owned by Alice Phelps, has $46,009 in unpaid city, school and county taxes dating back to 2012, according to Rye’s property tax database. Alice Phelps, Latimer’s late mother-in-law, is still listed as the owner of the property in city tax documents…

But the property was deeded to his wife, Robin Phelps-Latimer in August 2010, according to Westchester County land records. The deed document grants “life estate in the premises” to Alice Phelps.

Alice Phelps died in July 2012, according to her obituary printed in The Journal News.

Latimer said that five years after Phelps’ death, there are still assets that are being "finalized and released." When that occurs, the money will be used to pay off any debts including the taxes and penalties.

“I’m not directly involved in all the negotiations or the discussions on it but pretty clearly it’s something that has to be resolved and it will be resolved, I don’t have any doubt of it,” he said. “It’s a question of making sure that the resources that come from the death of my mother in law will resolve the issue.”

The property, listed with a full-market value of $727,848 on the city’s tax rolls, hasn’t been lived in since Phelps passed away, Latimer said. The Latimers own and live in a separate house in Rye.

In 2014, the Latimers were taken to court over their mortgage of that home but that matter has since been settled.

The state senator is facing incumbent Westchester County Executive Rob Astorino, a Republican, in the Nov. 7 election. In his post as a state legislator, he makes $79,500 a year with an additional $12,000 stipend."