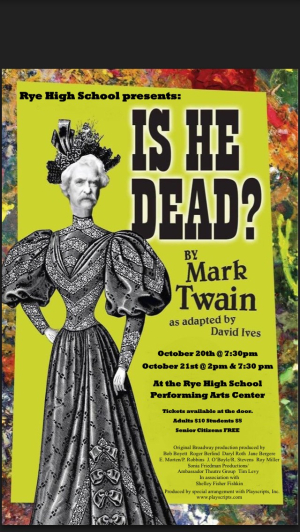 Written by American writer and humorist Mark Twain in 1898, this comedic play was adapted for the modern stage by contemporary American playwright David Ives for its inaugural performance in 2007.

"Is He Dead?" is a fictional version of the life of French painter Jean-François Millet, an impoverished French artist who, with the help of fellow artists, stages his own death to increase the value of his paintings, and thereafter masquerades as a woman to keep his secret safe. The play combines elements of burlesque and farce, and features mistaken identities and romantic deceptions galore.

May be inappropriate for children under 11 years of age. 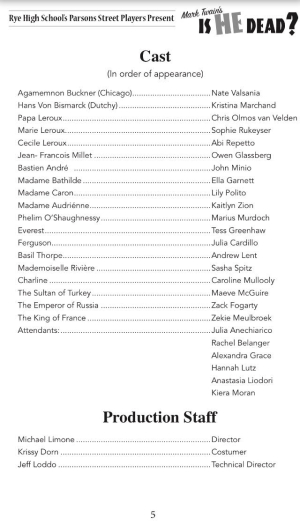