Rye Superintendent of Schools Eric Byrne has a recommended reading list. "I’ve created a list of my top books at this moment – and the reasons why I find them so compelling," he said in a school newsletter. "A few of you have asked which book I would recommend they read first. I would have to say, Most Likely to Succeed: Preparing Our Kids for the Innovation Era, by Wagner and Dintersmith." 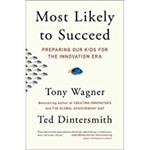 Most Likely to Succeed: Preparing Our Kids for the Innovation Era, by Tony Wagner and Ted Dintersmith

The basis for a major documentary, two leading experts sound an urgent call for the radical reimagining of American education so we can equip students for the realities of the twenty-first-century economy.

Byrne says: “In reflecting on the work of our students, it is critical to ask ‘what should schools be in the 21st century?’ This book has been helpful in framing conversations about the future of teaching and learning in Rye.” 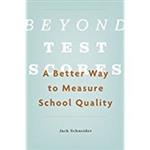 Beyond Test Scores: A Better Way to Measure School Quality by Jack Schneider

When it comes to sizing up America’s public schools, test scores are the go-to metric of state policy makers and anxious parents looking to place their children in the “best” schools. Yet ample research indicates that standardized tests are a poor way to measure a school’s performance. It is time―indeed past time―to rethink this system, according to Schneider.

Byrne says: “Dr. Schneider presents a tool for analyzing school quality by far more than standardized test scores. This book is helping me to think about all the important aspects of schools that must be considered when determining success and quality.” 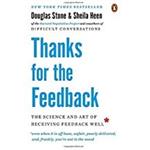 Thanks for the Feedback: The Science and Art of Receiving Feedback Well by Douglas Stone and Sheila Heen

The co-authors of the New York Times–bestselling Difficult Conversations take on the toughest topic of all: how we see ourselves.

Byrne says: “I’ve shared this book with all our faculty, staff and administrators because feedback is a huge part of our work. We give and receive feedback every single day, and understanding ourselves and our reaction to criticism is so important.” 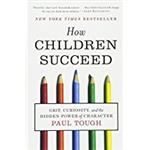 How Children Succeed: Grit, Curiosity, and the Hidden Power of Character  by Paul Tough

Why do some children succeed while others fail? The story we usually tell about childhood and success is the one about intelligence: success comes to those who score highest on tests, from preschool admissions to SATs. But in How Children Succeed, Paul Tough argues that the qualities that matter more have to do with character: skills like perseverance, curiosity, optimism, and self-control.

Byrne says: “Paul Tough introduced the concept of “grit” as a critical character trait in children. Citing research on success, he argues for the consideration of character-based skills versus innate traits. As a parent and a teacher, I’ve found this book to be really helpful.” 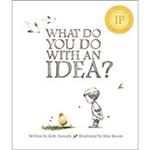 What Do You Do with an Idea?  by Kobi Yamada

A New York Times Best Seller and award-winning book, What Do You Do With an Idea? is for anyone who's ever had a big idea. This is the story of one brilliant idea and the child who helps to bring it into the world. As the child's confidence grows, so does the idea itself. This is a story for anyone, at any age, who's ever had an idea that seemed a little too big, too odd, too difficult.

Byrne says: “A beautiful picture book for kids and adults with a powerful message. I loved sharing it with kids and families at the Milton School Family Reading Night recently.”