Today & Next Friday: Everybody Knows I’m Guilty: A LawnChair Theatre Cabaret at The Rye Arts Center 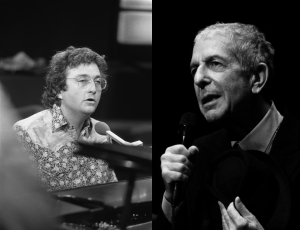 The Rye Arts Center and LawnChair Theatre are pleased to announce their first LawnChair Theatre Cabaret. Everybody Knows I’m Guilty is a cabaret concert of two of the master songwriters of our time, Leonard Cohen and Randy Newman.

Newman and Cohen have each explored love, loss, religion, and politics, in finely-crafted songs that have the theatricality of short plays. In Everybody Knows I’m Guilty, Cohen’s spirituality and honesty and Newman’s skepticism and irony work together, as our company of performers present the best of these two musical poets.

Peter Green, Artistic Director of LawnChair Theatre and Rye Middle School social worker, is partnering with Musical Director Kinny Landrum, a composer, and keyboardist who has worked with Leonard Cohen and is best known for his work as the synthesist on the Grammy winning soundtrack of Twin Peaks.

Audiences will be delighted by the eight performers who remind us that the human voice is an instrument that can convey beauty while tapping into deep emotional truth. All were professionally trained as actors or singers.

Wine and beer will be available for sale.