UPDATE: Sara Goddard has disclaimed the Poland Spring bottle in the photo below, so we have moved her into the REUSABLE ON SAFE GROUND AWARD.

Green issues are more in the headlines these days, at an international, national and local level. In the end, actions speak louder than words, and it is always interesting to see if folks are putting their money where their mouth is, or in this case, a reusable water bottle where their mouth is.

In an unscientific study, MyRye.com look a look at the city council dais from the February 7th meeting to see who on the council was hydrating themselves during the meeting, and who was going reusable versus disposable. These meetings are broadcast on local public access TV, so as some like to say, everybody is watching.

Let's see if water bottle choices change over the next weeks and months!

If you are green and hip, you have a S'well insulated water bottle. It is the reusable water bottle of the moment. 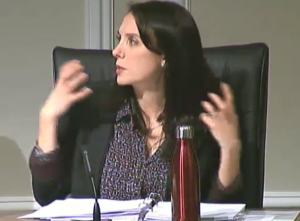 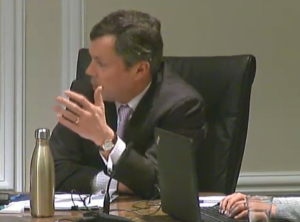 (PHOTO: Ben Stacks goes for the gold with a S'well bottle.) 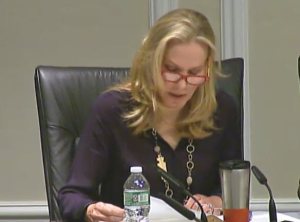 CONFLICTED – WANTING TO DO THE RIGHT THING AND HALFWAY THERE AWARD

OK, we've got a conflicted one. 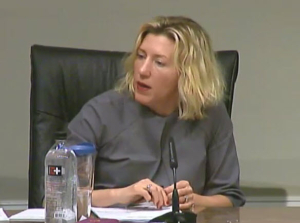 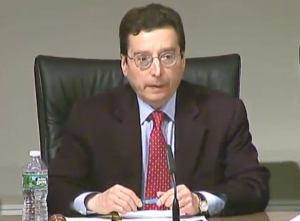 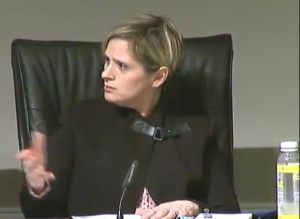 (PHOTO: Danielle Tagger-Epstein going deep in discussion but not thinking about a reusable water bottle.)

THE "THIS GUY MUST BE A CAMEL" AWARD 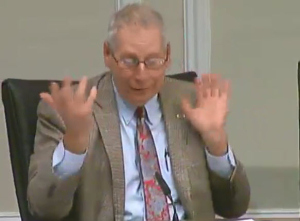 (PHOTO: This Richard Mecca character has camel like properties. Apparently he has survive an entire long council meeting without hydration!)