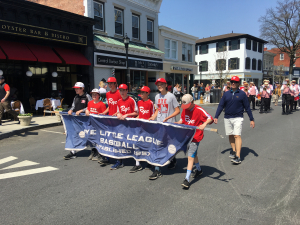 The 61st Annual Rye Little League Parade was held on Saturday, April 14, 2018. Perfect weather greeted both marchers and onlookers. Teams assembled at the Rye train station at 11:30am and started marching down Purchase Street at the strike of 12 noon. 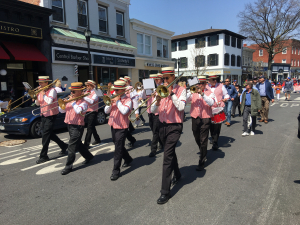 (PHOTO: Gotta have a band.) 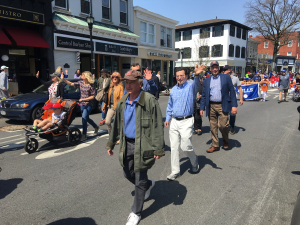 (PHOTO: Rye Assemblyman Steve Otis in foreground, and Rye Mayor Josh Cohn waving at his first parade, among the posse of pols marching for baseball fans.) 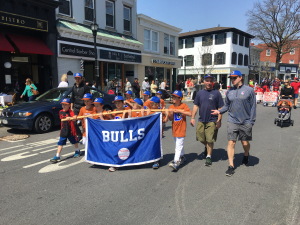 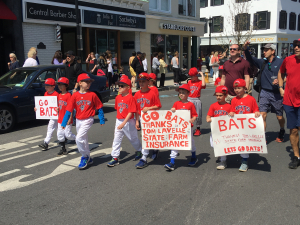 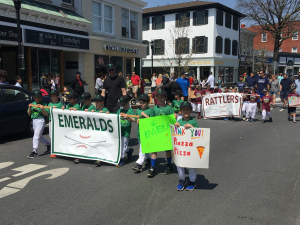 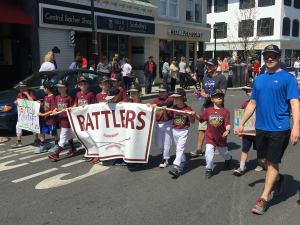 (PHOTO: These guys don't get Rattled.) 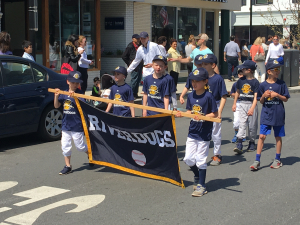 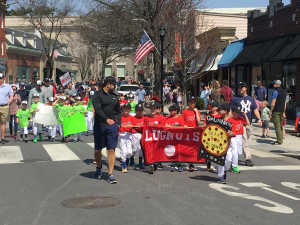 (PHOTO: The Lugnuts are also pizza powered – by Al Dente.) 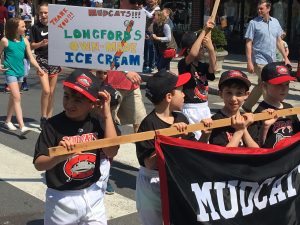 (PHOTO: The Mudcats are all about "own made" ice cream from Longfords. We understand.) 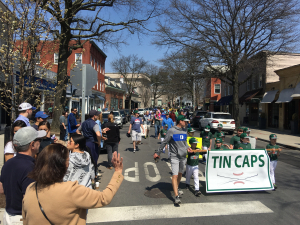 Facebook
Twitter
Email
Previous articlePlayland Pathway Project Meeting Pushed to Tuesday, May 1, 2018 from this Tuesday the 17th
Next articleBarbara Bush, Presidential Wife and Mother, and Rye Native, is Dead