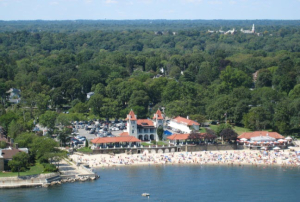 What: Rye Town Park TwilightTuesdays Concert
Where: South Pavilion at the Park
When: Seven Tuesdays – 7:30 to 9 p.m. Starting 6/19
How Much: Free, Regular parking rates
Picnicking Welcome

Rye Town Park is hosting a series of seven free concerts at the Park’s south pavilion this summer. The concerts feature the music of high quality, local-area bands playing a wide range of popular music ideal for singing and/or dancing along.

The concerts will be held on Tuesdays starting on June 19th. Two rain dates have been set aside in case of severe thunderstorms. Oterwise they will be held rain or shine. Concerts begin at 7:30 p.m. and end at about 9 p.m. Admission to the concerts is free, and regular parking fees apply. Some seating will be available, but people are encouraged to bring their own lawn chairs or blankets. Picnicking is welcome.

Here’s the lineup of bands that will be performing:

June 19th – Grooves R Us,” led by drummer Tom Giorgi, this Rye Brook based band features several lead vocalists and hot musicians that will make you get up and dance. They cover a wide range of rock, bebop, pop and light jazz.

June 26th – Twist of Fate
Led by Adam and Dayna Reist, this five member band is built around the tropical sounds of the steel drums. And they’re about as local as you can get – Dayna teaches second grade at nearby Milton School.

July 10th – The Urban Coyotes This band of Rye-based musicians has been a howling success since they formed their group a few years back. They cover popular songs from the eighties up to right now – as well as some songs they’ve written!

July 17th – Billy & The Showmen
Founded by Billy Frenz, this Greenwich-based band has earned its reputation as one of the most enduring Rhythm & Blues bands Their revue features the soulful vocals of the best singers in the Northeast, along with a strong horn section and a tight rhythm section.

July 24th — The Derivatives
These Derivatives are definitely not “toxic assets.” The Rye-based six-member band has been part of the Rye Town Park Concert Sunset Series for many years, and this will be no exception. You can bank on it.

July 31 – Make Up Date In Case of Storm Cancellation

August 7th The Angelo Rubino Band – The six-member band features lead singer and sax player Angelo Rubino. Thy performs wide range of musical styles from the 1940’s to the 90’s – everything from “In The Mood” to “I Will Survive”.

August 14th — Make Up Date In Case of Storm Cancellation