Rye’s Einhorn is Battered this Year in Market – Bloomberg

Bloomerg is carrying a piece on Greenhaven's David Einhorn, the hedge fund billionairre. His Greenlight Capital has been battered in the markets this year. Einhorm looked to buy a piece of the NY Mets in 2011 and filed for divorce from his longtime wife Cheryl in 2017. 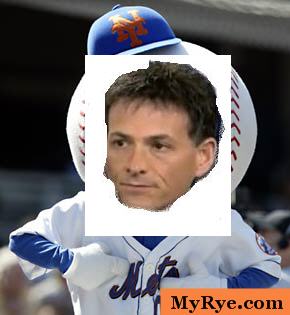 (PHOTO: Einhorn once tried to buy a stake in the NY Mets.)

David Einhorn, the one-time hedge-fund wunderkind, likes to remind his headstrong young analysts that he has been around a lot longer than they have.

During the dot-com craziness of the late 1990s, Einhorn tells them, newfangled measures like “eyeballs” and "stickiness” never did add up to profits. In 2008, when many hoped trouble would pass, he brazenly predicted Lehman Brothers would collapse.

He was right, of course. But Einhorn, who achieved widespread fame at moments of maximum danger, is no longer the enfant terrible he once was. For starters, he’s turning 50 this year. And, in middle age, he has clung to his old ways even as many in his industry have moved on.

The numbers tell the story. So far this year, his Greenlight Capital has handed its investors a 15 percent loss, bringing the total decline since the end of 2014 to a staggering 25 percent — one of the worst showings among his peers. Investors have bolted, pulling almost $3 billion out of the firm in the last two years.

Yet the baby-faced billionaire is unperturbed, no matter that he has been wrong about nearly every one of the top 40 positions in his $5.5 billion portfolio this year. He’s as cocksure as ever — some might say cocky — publicly and in conversations with colleagues. “We believe our investment theses remain intact,” he wrote in an April investor letter. “Despite recent results, our portfolio should perform well over time.”…

As the decades passed, his wealth mushroomed. He commuted by train from Rye, New York, and drove around there in a Honda Odyssey minivan, but he did have those billionaire ways. He contemplated buying a stake in the New York Mets and trained with a professional coach for the 2012 World Series of Poker, where he came in third in a tournament. (He still lives in Westchester, where he’s going through a divorce after 25 years of marriage.)"

Facebook
Twitter
Email
Previous articleMr. Met and 49 Others Score Board of Ed Write-in Votes
Next articleRye’s Killian to Run for Lieutenant Governor