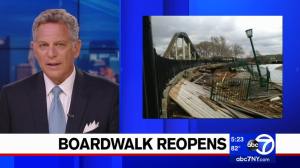 Rye Playland's north boardwalk has opened after finally being restored–six years after it was destroyed by super-storm Sandy. 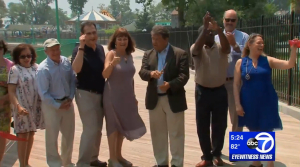 "RYE, New York (WABC) — A 700-foot section of the Rye Playland boardwalk has been restored, and its reopening comes six years after being destroyed by Superstorm Sandy.

The new section, found outside of the amusement park area, allows parkgoers to walk, bike and run along the waterfront. 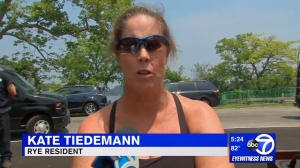 The walkway has been rebuilt using Brazilian ipe wood, which does not splinter and has a life expectancy of 35 years.

In addition, the support structure underneath the boardwalk has been recast in concrete with steel pilings instead of wood."