Man Who Stole Car from Rye Ford Going to Clink for 3.5 – 7 Years 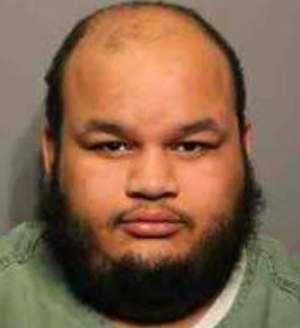 (PHOTO: Milton drove off with a Ford F150 that belonged to Rye Ford. Now he is headed to the clink.)

Bad day for the guy that "financed" a $55,426 Ford F150 pickup truck for no money down at Rye Ford on February 7th with a false identity, stealing the vehicle. The Rye theft, plus two more at Cortlandt and Mt. Kisco, has Milton Alequin headed for 3.5 7 years in state prison. So much for those dreams of driving off to Zihuatanejo… 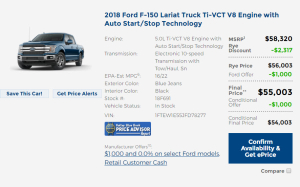 (PHOTO: Milton Alequin stole a Ford F150, like this one, from Rye Ford.)

From the Westchester DA:

Westchester County District Attorney Anthony A. Scarpino, Jr. announced Milton Alequin of New York City was sentenced as a second felony offender to 3.5-to-7 years in state prison after pleading guilty to Grand Larceny in the Second Degree, a class C felony, for stealing three cars from three Westchester car dealerships, via identity theft means, in February. He was sentenced by Westchester County Court Judge Larry J. Schwartz. In addition, the judge ordered him to pay restitution in the amount of $133,913.00 for the two vehicles that were never recovered. Alequin pleaded guilty June 13, 2018…

…Alequin was arrested April 5, 2018 by the Westchester County Police Department

In all three cases, Alequin took possession of the vehicle the same day that he purchased it and drove off the lot with no money down.