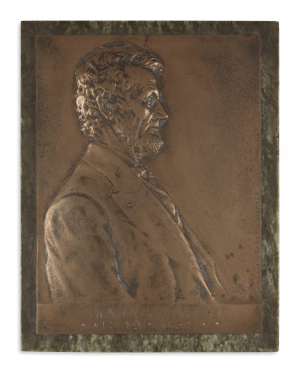 A week from this Thursday, on September 27, 2018, Rye resident and former Democratic operative Harold Holzer will auction his collection of more than 700 items related to President Abraham Lincoln. Besides collecting, Holzer has authored or edited over 50 books on Lincoln.

Want to bid on any of the items? Take a look. 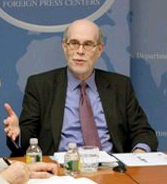 The New York Times had the story:

"A Trove of Lincoln Artifacts Heads to Auction
The scholar Harold Holzer has spent his life collecting more than 700 paintings and other material related to the 16th president.

A portrait of Abraham Lincoln, by John C. Wolfe, is considered the most valuable item among the hundreds belonging to the author Harold Holzer, one of the best-known collectors of Lincoln artifacts, that will go to auction on Sept. 27. It is estimated to be worth $12,000 to $18,000.

Harold Holzer has devoted much of his life to a guy who died more than 80 years before he was born. More specifically, he has spent much of his time fixating on this man’s face — his face in paintings, in photographs, sculpted out of plaster.

Granted, Abraham Lincoln isn’t just any guy. But Mr. Holzer, a historian and former Democratic operative in New York, found Lincoln fascinating enough to write or edit 52 books about him, with two more in the works.

In his office on the Upper East Side of Manhattan, Mr. Holzer, 69, boasts 10 feet of shelving that exclusively holds Lincoln books bearing his name. That’s a few feet longer than the 16th president himself if he were lying down — with the top hat on.

And Mr. Holzer didn’t take a break from his Lincoln obsession on weekends. Often, he would drive with his wife to small towns in Pennsylvania or Massachusetts, where they would wake up early to rummage through flea markets, looking for Lincoln memorabilia that people didn’t realize was valuable.

For decades, Mr. Holzer collected hundreds of Lincoln artifacts, called Lincolnalia by those who have a similar preoccupation. Most of Mr. Holzer’s items focus on Lincoln’s image: oil paintings, engravings and other depictions of the man who preserved the Union and abolished slavery.

After about 50 years of hunting for artifacts that wound up crowding his home in Rye, N.Y., Mr. Holzer has decided to let go of almost everything. Later this month, 740 items in his collection of Lincolnalia will be auctioned off at a gallery in Manhattan. The only Lincoln items Mr. Holzer is keeping are modern art pieces, such as a watercolor and a terra cotta bust."