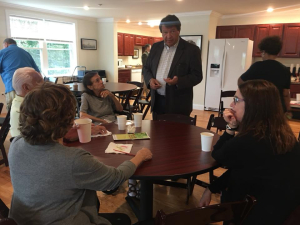 George Latimer held a community coffee this past Saturday, his first such venture in Rye since becoming Westchester County Executive. Latimer routinely held such community coffees in Rye when he held state office.

Latimer filed this report with MyRye.com:

Coffee and Conversation held at Vienna Seniors with Parker and Latimer

The recently opened Vienna Seniors housing facility on Theodore Fremd and North Street was the site for the latest in a series of “Coffee and Conversation” sessions to hear the questions and ideas of local residents. County Legislator Catherine Parker, the Board’s Majority Leader, and County Executive George Latimer spent two hours in the 4th floor community room speaking with 30 or so residents, about County issues, on Saturday, October 13. 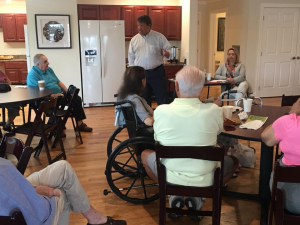 Owing to the presence in the room of many seniors, questions focused on issues of importance to those 65 and older: the Bee Line transit system, providing access to Rye Recreation programs and services, urging adoption in Rye of a “Silver Sneakers” program for discount fees at the Rye YMCA as is in effect at other Ys, and building more affordable senior housing in neighboring communities to accommodate the high demand among the graying population. 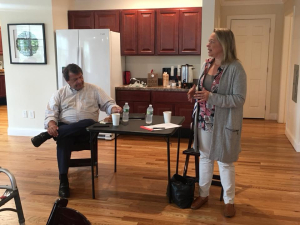 Legislator Parker reviewed some of the recent legislation passed by the Board of Legislators on wide ranging topics; Latimer highlighted his Administration’s efforts on such high profile projects as Playland and the Airport.

This Q-and-A series of meetings was launched almost 20 years ago by Latimer when he served as County Legislator; the joint sessions have evolved over the years, including State electeds. With two Rye residents in powerful County posts – the first time ever Rye residents have simultaneously held the County Executive and Legislature’s Majority Leader chairs – the opportunity for impact on policy areas in Westchester is significant. 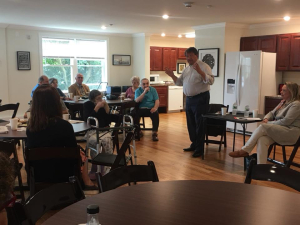 Parker will hold a similar session next week at the Larchmont-Mamaroneck VFW Hall on Saturday; Latimer will join other County Legislators in the coming weeks in Peekskill and White Plains to reach those residents.