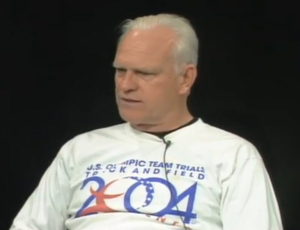 It is with great sadness that I must communicate the passing today of beloved Rye High School track coach and retired teacher Jim Yedowitz. Jim joined the Rye City School District in 1975 as a Health Education teacher at Rye Middle School and was granted tenure in 1977. He began teaching Health Education at the High School in 1980 and Physical Education in 1981. He retired from teaching in 2008 after 33 years.

Jim was an excellent teacher who kept students thoroughly engrossed during health classes and maintained a great rapport with them. He had a wonderful sense of humor, and was well known among the Middle School faculty for his lunchtime jokes.

In addition to teaching, Jim coached both middle and high school-level sports including, over the years, soccer and cross country. He continually coached track, a sport he himself had excelled in.

After his retirement, Jim continued to coach the Middle School Modified Cross Country team until 2010, and the was the head coach of the Rye High School boys varsity track team until his death. He made a lasting impact on literally thousands of students in his 33 years as a teacher and 43 years as a coach. He will be greatly missed by students, fellow faculty, parents, and the Rye community at large.

Jim was a graduate of Manhattan College with a B.S. in Physical Education and where he was the Captain of the Track Team, and of New York University, where he earned an M.A. in Health Education.

Our student support team of counselors, psychologists, and administrators are available to provide counseling and support to those in need. Parents who feel their children may need assistance should contact their school principal or guidance counselor.

On behalf of the entire school district, I extend our deepest condolences to his wife, Anne, his three daughters, Emily, Glenn, and Jamie, and his son Daniel.