Once again, the City of Rye will carry on its tradition of honoring deceased veterans on Memorial Day, Monday, May 27, 2019.

Rye American Legion Post 128 and the Auxiliary will sponsor a parade, beginning at the Rye Train Station at 9:30 a.m. and proceeding along Purchase Street to the Village Green for ceremonies immediately following the parade at approximately 10:00 am. 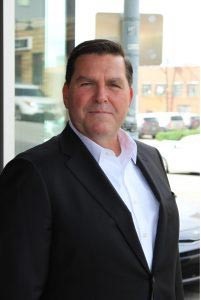 American Legion Post 128 Commander Fred de Barros will lead the formal ceremony on the Village Green. Rye City Mayor Josh Cohn and County Executive George Latimer will greet guests. The keynote speaker will be Rye resident, Post 128 Legionnaire and Gulf War veteran Terry McCartney. Members of the Rye City Council and the Rye Board of Education will also be in attendance.

The ceremony features the traditional reading of the Gettysburg Address and the reading of the names of those from Rye who fought and perished in the wars of the 20th century. The John M. Kingery Memorial Day Essay Contest Awards will be presented to winning Rye High School students. The program will also include recognition of Rye Eagle Scouts and Girl Scouts.

Robin Latimer, president of the American Legion Auxiliary will sing the National Anthem and God Bless America. She will be accompanied by students from Milton School.