Opinion: Stein – Straight Talk on The School Bond: Why Everyone Should Vote YES-YES-YES 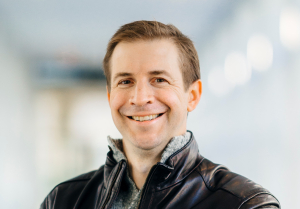 1) It’s the right thing to do for our schools.
2) It will result in LESS taxes (you read that right, voting for an $80M bond will cost you LESS in taxes – see below).
3) Property values.

#1 – Passing this bond is the right thing to do. The vast bulk is desperately needed infrastructure and repair. Things this town has been negligent in neglecting. The much smaller education amount is for areas where infrastructure work will be done anyway and modernizes outdated classrooms. Don’t open up the walls and put back a 1960s classroom. Vote YES-YES-YES.

For those who ask: “can’t we do a smaller bond?” No. This is the smaller bond. Professional recommendations were for a much larger bond. There’s no fat. It addresses immediate needs. Your School Board and Administration did their job and presented a conservative option. Now is the time to support them.

First, a bond efficiently allocates funds across projects to achieve efficiencies of scale. Piecemealing is more expensive. And the work will happen. Eventually. Things are breaking. The field will be shut down without this bond. If the Osborn boiler from a couple years ago had broken during cold weather, rather than warm, elementary students would have been relocated (that would have cost a pretty penny). Emergency fixes are expensive and disruptive. Planned fixes are responsible and prudent.

Second, most of the funds are already allocated in annual budgets. This year’s budget has nearly $4M for debt service. The spread of the bond over the next 31 years, layered in with expiring debt, doesn’t increase that line item that much. Go to the tax calculator on the district’s website to figure out the net annual impact on your taxes. For a $1.75M home, it’s less than $200 a year.

If you’re thinking, “wait, if old debt’s expiring, won’t I get money back if I vote no?” Nope. Budgeting doesn’t work that way, especially with current State laws. That $4M will stay in future budgets, somewhere. A School Board — any School Board — would be irresponsible if it did it any differently.

You are voting for a modest annual increase rather than suffering more expensive piecemeal chunks over the next couple decades. Bottom line, if your priority is low taxes vote YES-YES-YES. You’ll pay more in the long run if you don’t.

#3 – Property Values. This is simple. Rye’s property values depend on the ELITE reputation of its schools. Not the good reputation. Not the good enough reputation. The elite reputation. If you think that twice voting this Bond down — when Scarsdale, Bronxville, Harrison, Port Chester, New Rochelle and many others have supported their schools with YES’s the last few years — won’t drop property values, you are deluding yourself. Even better, studies consistently show that passing school bonds increase property values more than the costs of the bond itself. Google it. There’s a great one from Princeton. Then vote YES-YES-YES and invest in yourself and your town.

Those who propose that the “needed” maintenance work is only around $30M are doing the math wrong and they know it. I’ve studied the budget proposals in detail, for line items like “HS Lab & Connector” and other things that “sound” less dire than “asbestos” most of that work is required infrastructure and only a fraction of it is to actually improve the educational experience. If you wanted to just “fix the problems” and ignore education, the bond would still be in the $60-70M range. It would be irresponsible to not responsibly finish the job.

Vote YES-YES-YES on June 11th. It’s the right thing to do for the children of Rye and for your pocketbook.

Facebook
Twitter
Email
Previous article1st Annual Jim Yedowitz Friends & Family Track Meet is Saturday, 10am
Next articleOpinion: Dino Garr on the Rye School Bond: How Good Do You Want to Be?