The Rye City School District Teacher of the Year is nominated annually by their fellow teachers, administrators, and current and former parents and students; and the teacher selected for the next school year is announced at Superintendent’s Conference Day at the end of June.

Congrats to the winners for this amazing recognition!: 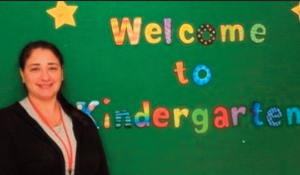 Patrizia Guzzo has been a Kindergarten teacher at Osborn School for the past ten years. In a letter recommending her for Parent of the Year, an Osborn parent wrote, “We often hear parents compare having a child in her class to winning the lottery.” Another parent said, “Teaching is not just a job for Mrs. Guzzo, it’s a calling; and we are so fortunate that she is answering that call in the Rye City School District.” Patrizia first came to Osborn in 2010 as a leave replacement Kindergarten teacher; and one year later, she joined the Osborn faculty full time. Prior to coming to Rye, she was a leave replacement teacher at the Pocantico Hills Central School District and the Union Free Schools of Tarrytown. She has a BS in Behavioral Science and an MS in Early Childhood Education, both from Mercy College. 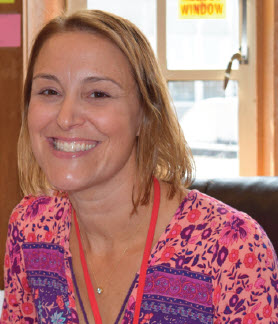 Kristen Warner came to Rye High School in 1995 as a social studies teacher. She teaches AP U.S. Government and Politics and AP Psychology. Since 2015, she has served as the Faculty Advisor for the Be the Change Club, a club at the High School that seeks to make the school as inclusive as possible. For over 20 years she served as the Coordinator for the Writing Mentor Program, a program that pairs student with trained faculty writing mentors for personalized writing sessions. She is a two-time recipient of the Rye High School Distinguished Service Award. She has a BA in History from Yale College, and an Ed.M. in Teaching and Curriculum from the Harvard Graduate School of Education. In nominating her for the award, a former student said, “Mrs. Warner’s passion for the curriculum and her joy in being in the classroom amongst her students radiated through her teaching.” A colleague said of her, “We are all fortunate to work with this humble, modest, insightful superstar; she is the best of the best.”