Thanks to one of his past students Andrew Dapolite for calling attention to this loss. "In additional to being a phenomenal teacher, Bob always supported student endeavors in music and the arts," Dapolite told MyRye.com.

Here is Steel's obituary as well as a post from friend and colleague Judd Rothstein: 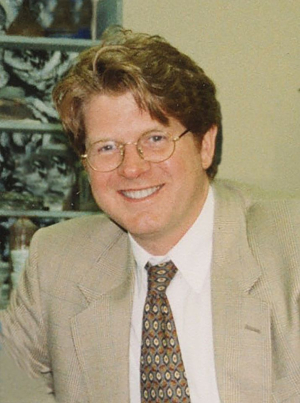 Robert Sanger Steel, 58, passed away December 13, 2019 in Rocky Hill, Connecticut after a long illness. Born September 25, 1961, in Schenectady, New York, he was the son of Sanger B. Steel and Madeleine R. Steel. After graduation from Scotia-Glenville High School he attended Parsons School of Design and worked several years in New York City as an artist, photographer and bartender. Returning to his studies, he earned the Bachelor of Arts in history from Columbia’s School of General Studies and the Master of Arts in Social Studies Teaching from Columbia Teachers College. His mentor at Columbia was historian Kenneth T. Jackson, who recruited him as a project editor for The Encyclopedia of New York City, to which he contributed 25 articles.

From 1994 to 2015 Bob taught social studies at Rye High School in Westchester County, where he began a writing mentor program and was department chair of social studies for several years. He took a special interest in veterans’ affairs, inviting World War II and Vietnam veterans to speak to his classes. In 2015, he was awarded the Americanism Award by the Rye American Legion Post 128. He served on the board of the Rye Historical Society, where he helped to create several exhibits.

He was a loving father, devoted husband and caring family member; a skilled and intuitive musician; an inspiring teacher; an avid cyclist; and a loyal friend with a warm and generous heart and an infectious sense of humor. In 1992 he married food editor and writer Tanya Wenman Steel.

He is survived by his wife Tanya, two sons, William and Sanger Steel, all of North Salem, New York, two brothers, Warren Steel (Anne) of Oxford, Mississippi and Bill Steel (Donna) of San Diego, California, and nephew Nathan. Funeral services will be held Friday, December 20 at 11am at St. Stephen’s Episcopal Church, Ridgefield, with burial in Maple Shade Cemetery (interment will be private). Contributions in lieu of flowers may be made to The Association for Frontotemporal Degeneration, 2700 Horizon Drive, Suite 120, King of Prussia, PA 19406, theaftd.org. Such contributions may be designated as “for research.”

Bob was a one-of-a-kind educator and person and left a huge legacy at RHS. He led our department when we were all young teachers and he created a high standard that we all strived for. His creativity in the classroom, his willingness to truly engage his students, his desire for history to come alive, and his passion for his craft were hallmarks of his pedagogy. We all learned so much from Bob during those early years. He truly transformed the department and the way history was taught at RHS. He eschewed traditional lectures and instead loved to create simulations and provide students with choice in their learning. He was so ahead of the curve when it came to creating a student-centered classroom and inquiry-based education. I was always so impressed with Bob's ability to make history relevant for his students. If something important was happening in the world, Bob found a way to incorporate the learning into his classroom. If there was an opportunity to engage in a debate about a hot topic, Bob facilitated that experience for his students. If his students were really getting into a particular topic he was teaching, he would just go with it until they were ready for something new. He just cared so much about being a great teacher of history.

More importantly, he cared so much about being a great mentor to his students and colleagues. He was so invested in his students' lives and their success. He gave so much of himself for the school. He attended virtually every student performance and countless athletic contests during his 20+ years at RHS. He was always happy to cheer on his students and applaud their accomplishments. When he was approached about starring in a student-directed movie, playing with a student band, or participating in a senior send-off video, he always gleefully volunteered and rose to the occasion. I have so many fond memories of working with Bob on film projects. His sense of humor was legendary, his timing was impeccable, his fun accents and improvisational skill was hilarious, and his up-for-anything attitude was refreshing. He really loved being a part of the fabric of the school.

More than anyone I've met in the teaching profession, Bob embraced what it meant to be a teacher. For him, it was so much more than Regents exams and a 2:37 dismissal. He understood the importance of creating a positive climate and focusing on improving the culture of the school. He was so kind to all of his colleagues and really cared about RHS being the absolute best place to work and to be a student. He was so proud of his sons throughout their time at RHS and always shared their awesome accomplishments with us. He was part of our RHS family for a long time and he positively impacted so many lives. He was a huge part of my experience and I will forever be grateful for our friendship. On behalf of my whole family, we are sending you guys our love.