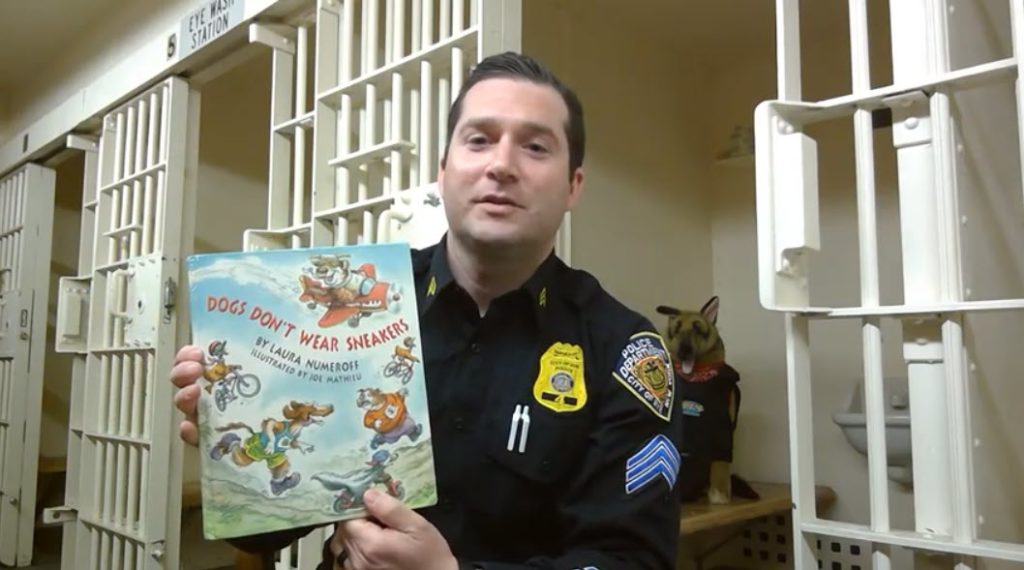 Over the last few weeks the Rye Free Reading Room and MyRye.com have asked various Rye citizens – elected officials, city staff, community leaders and local authors – to read a story for the youngest citizens of Rye. Each day, we will share a new story.

Al Hein joined the Rye Police Department in January of 2007 and was assigned to the Patrol Division. He is a General Topics, TASER, and OC (pepper spray) instructor as well as a Field Training Officer and part of the Adopt a School Program.

“I have two beautiful girls, Ali and Charlotte, and my wife, Kristina, is expecting the latest Hein in September,” Hein told MyRye.com. “I feel privileged to serve such an amazing community side by side some of the best officers I have ever known. Fun Fact: My younger brother, Robert, is a police officer as well. He serves with the Scarsdale Police (which is not nearly as cool as Rye).”

A big MyRye.com congrats to the Hein family for expecting, and we 100% agree Rye is way cooler than Scarsdale.