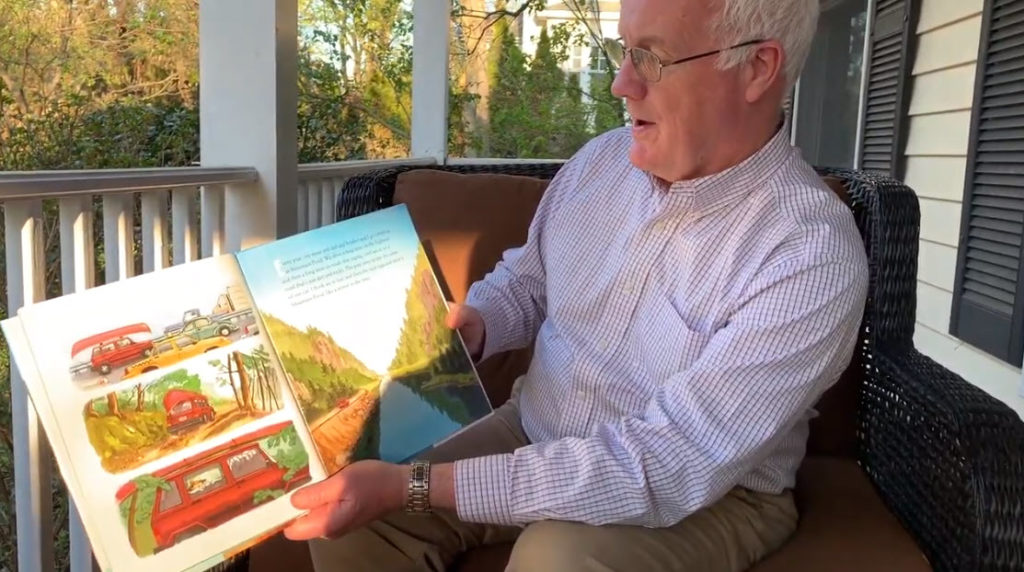 Over the last several weeks the Rye Free Reading Room and MyRye.com have asked various Rye citizens – elected officials, city staff, community leaders and local authors – to read a story for the youngest citizens of Rye.

Cypher has served as Rye City Court Judge for the last six years. He and his wife Denise moved to Rye 25 years ago, and raised their three children, Robert, Catherine, and Courtney, all of whom attended Midland, RMS, and graduated Rye High School.

“They are all with us now, including Robert’s wife, Donna, and our new grandson, Keegan!,” Cypher told MyRye.com.

Cypher is an attorney, and spent 22 years as a Marine Corps Judge Advocate. He was also an assistant DA in Queens, and has been a trial lawyer in civil practice ever since. An active member of the community, Cypher has served as a volunteer firefighter and responded to the World Trade Center after 9/11 with the Fire Department, and as a member of the New York Naval Militia. He also spent four years on the Rye City Council.