Latimer Enacts Term Limits on Himself and Future County Bosses

See the full news release from the county below. 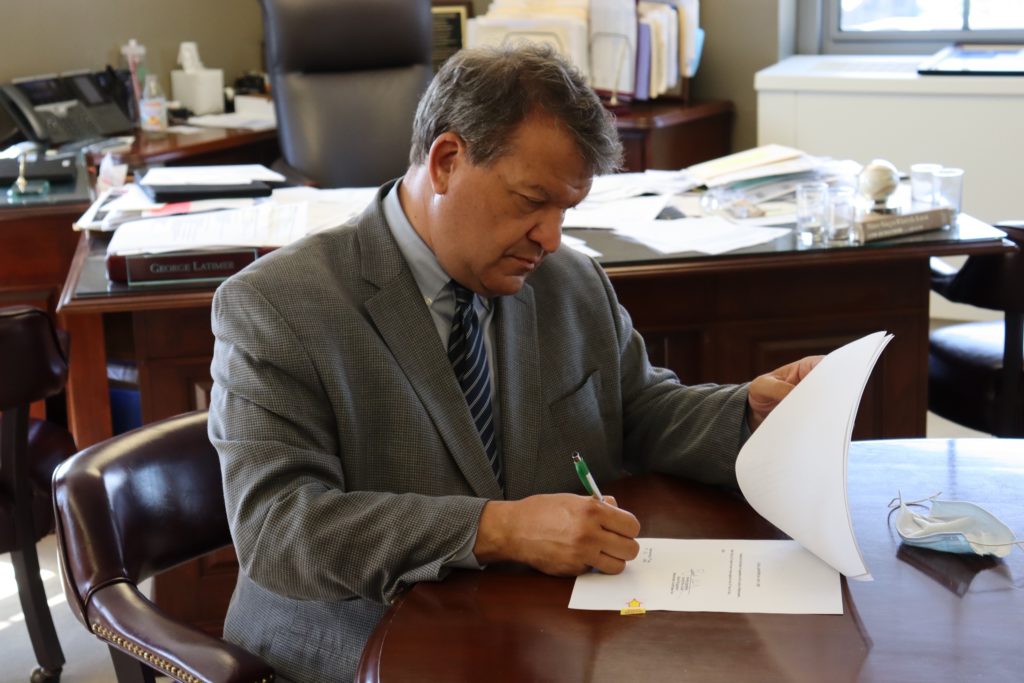 (White Plains, NY) – County Executive George Latimer’s proposal for Executive Term Limits – imposing a restriction on himself as the chief executive of one of the State’s largest Counties – was approved by the Board of Legislators by a vote of 12-4 on Monday, July 13. The law was signed by Latimer this afternoon.

The legislation submitted and signed by Latimer would reduce the existing three term limit (12 years) for County Executives enacted in 2011 in Westchester, down to two terms (eight years).

Latimer said: “This move not only limits my own power but sends the message that no executive should deem themselves infallible. If eight years is enough for the Chief Elected of our Country – it very well is for our County. While many in power seek to hold on and never let go, this move – at a time when our Country is shifting toward progress – flies in the face of that notion.”

Latimer is now mid-way through the third year of his four-year term as County Executive.

“[…] term limits prevent government officials from serving for more than a specified number of terms to bring fresh perspectives to government and ensure responsiveness to voter demands. […] Longtime office holders can often become more interested in serving their own reelection interests than serving the interests of the people they represent and challengers with new ideas are at an unfair advantage when running against incumbents with higher name recognition. Your Committee believes that restricting the service of lawmakers through term limits prevents politicians from amassing too much power and removes the intense focus on politics and places it back on policy. Term limits encourage younger, minority and other aspirants to run for office as the hurdle to defeat a well-entrenched and senior incumbent is lowered. In addition, term limits result in greater voter turnout particularly in local elections if people feel there is a real race going on and their votes can count. Your Committee believes that implementation of term limits keeps a steady, fresh supply of leaders to serve in elected offices. Many talented potential leaders will simply not run for a particular office because of the challenges and battles of running against an incumbent.”

At the time of introduction Latimer said: “All of our local governments follow that Revolutionary Era philosophy; restricting the reach of government. I have been a student of government as well as a practitioner these many years, serving on three different levels: city, county and state. Now, as I complete my second year as County Executive, I see the authority granted this position – and I strongly believe it should be further limited to ensure a balance of interests are better served.”

While Latimer’s move limits the term of County Executive, no change in legislative term limits, which currently allow a maximum of service of 12 years (six terms) were proposed or enacted. The new term limit reduces Latimer’s available to run for future terms from three terms to two.

Again, at the time of introduction, Latimer said: “I have included my tenure as covered within the law. Oftentimes, incumbents are “grandfathered” in, meaning the restrictions apply to the next occupant of the seat. But, they will apply to me as well. Eight years is a period of time most common where Executive term limits apply, and I think it is a defensible change. The length of my tenure is up to the voters, but to limit the total years to eight makes good sense, and ensures the proper check and balance.”