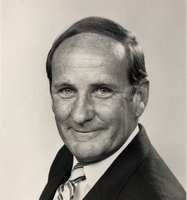 Robert J. “Bob” Albert was 88 years old when he died peacefully in Sarasota, FL on September 17th. Bob was born March 7, 1932 in Bronx, NY; where he was raised and then lived in Rye, NY where he attended Rye High School. From there he joined the US Marine Corps and was appointed Diplomatic Courier during the Korean conflict. After discharge he attended Brooklyn College, where he lived, majoring in business, and starting many entrepreneurial adventures, which was always his spirit.

In 1958, he was newly married and began his career at Tuck Tape where they relocated him to Memphis, TN. Upon moving back to NY, Bob co-founded Direct Media, Inc., Greenwich, CT, with his partners. He was a pioneer in the Direct Mail Marketing field gaining clients such as TV Guide, Reader’s Digest, Consumer Reports and AAA. In 1986, he left to start his own company, List Marketing Limited, located in Greenwich and then Norwalk, CT. In 2000, he won The Silver Apple Award from The Direct Marketing Club of New York for recognition of 25 years of outstanding contribution.

He was a long-standing member of the Milbrook Country Club in Greenwich, CT, often seen driving his cherished 1931 Model A, dressed in his memorable golf outfits and hats, to the many Golf Championships he’d win there. Bob owned a second home on Bromley Mountain in VT for many years where he enjoyed snow skiing with his family and friends. After retirement, he moved to FL where he continued his love of golf and to be closer to his family, settled in Sarasota where they all call home.

He will be remembered as a fun loving, impeccably dressed, larger than life, personality that was felt when he walked into a room. Bob had a great outlook on life, living it to the fullest with no regrets.

He leaves behind his daughter; Jacqueline, her husband, Lloyd and twin 7-year old grandsons; Sebastian & Alexander Pepper. He also leaves former wife; Ann P. Albert, stepsons; John Walrath, his wife Catherine, Peter Walrath & his newborn son Jake. In addition, he also leaves behind sisters; Judith O’Daly, and Patricia McCann, (sisters; Jean and Ethel and brother; Peter predeceased him), 11 nieces and nephews, their wives, and husbands and many grandnieces and nephews, most of which reside in Long Island, NY.

The inurnment will be held at Sarasota National Cemetery, immediate family only, this Thursday, October 8th where Robert will have a military burial and be laid to rest.
In lieu of flowers, contributions to Meals on Wheels is appreciated.

James J. Dealy passed away peacefully at his home on September 18, 2022. James is survived by his wife, Angela Durand Dealy, along with...
Read more
Obituaries

Roland William Ellis, Jr., of New Paltz, NY, passed away on September 16th, 2022, at Woodland Pond. He was predeceased by his parents, Roland...
Read more