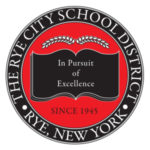 On Tuesday, May 18th, the community will vote on the Rye City school district’s annual budget for the 2021-22 school year and will vote to elect three Board of Education members. The vote is in the RMS Gym; polling hours are 6:00 a.m. to 9:00 p.m. (used to be 7:00 a.m. – 9:00 p.m.). The District is not mailing out ballots as it did last year during COVID. Voters can still request an absentee ballot.

There will be a candidates forum moderated by the League of Women Voters on Thursday, May 6, at 7:00 p.m. (zoom link).

Current Board members Callie Erickson and Chris Repetto have announced they will seek reelection; Kelly Smith-Powers will not. Eight candidates are on the ballot – we have shared their bios and now we will be introducing you to each candidate in a Q&A style interview: Callie Erickson, Megan Escherich Evans, Kelsey Johnson, Bozidar Jovanovic, Laura Labriola, John D. Leonard, John Moschetti, and Chris Repetto.

Today we introduce you to John Leonard: 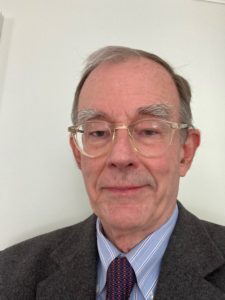 MyRye.com: Why are you running for school board?

Leonard: Rye’s schools need a diverse and independent Board, representative of all community interests, not just those of the current school community,  with members willing to insist on public consultation and input before major decisions are made. Second, with my financial reporting and analysis background, I expect to work to strengthen the District’s public financial disclosure and its expenditure governance.

Why are you running for school board now?

Yes or No: did you support and vote for the $80 million school bond that passed in 2019?

Leonard: No. The bond issue as presented to the voters was excessively large, including several projects of questionable necessity, along with some luxury expenditures that would have been more appropriately funded by private donations. I would have welcomed and supported a well-selected package in the $50 million range.

Yes or No: do you support and plan to vote in favor of the current as-proposed Superintendent’s Recommended Budget presented February 23rd of $94,237,421 million going to vote on vote on Tuesday, May 18th? [Note: This question was asked prior to the budget hearing on Tuesday, May 4th due to time constraints.]

Leonard: No, based on what I know now, but I am open to change before the 18th. My concerns include 1) Spending trends are inconsistent with declining enrollment and the maintenance savings from capital bond issue renovations. The budget per student has risen +5.3%, +2.8%, and +7.1% in the past three years, and is projected up +5.3% in 2021-22. 2) Rye fully uses its tax cap amount, while Scarsdale operates about 2% below cap and Chappaqua 1% below. Why not Rye? – the demographics are similar. 3) The recent refinancing of the 2013 bonds saves about $100,000/year for the next 12 years that should be passed back to the taxpayer.

Please Answer the following questions Yes or No:

In the wake of the Black Lives Matter protests last year concerning stories about bias in our schools and community came out. Do you acknowledge these stories and believe we should actively address issues of bias? Yes, or No?

Leonard: Yes. Biases, group stereotypes, and lack of respect for individuals or their ideas need to be an ongoing concern for all citizens, and quite independently of whether there are specific allegations at any point in time. In the school context, it is equally important to be vigilant to protect the freedom to discuss complex issues from unpopular perspectives – the essence of the First Amendment and academic freedom – without fear of being shouted down or retribution, either formally by academic authorities, or informally by bullying through social media.

Leonard: Are you supportive of school district’s Race, Community and Inclusivity Task Force, Yes, or No?

Leonard: No. Particularly with the example of the City’s police review before us, which was done right, the District’s response to the challenge of providing a fair and open analysis of discrimination in all forms and against all targets deserves a failing grade. Why? 1) the task force advertising and selection process produced an unrepresentative task force; 2) the District quietly pre-selected Metro Center as coordinator before the task force was formed, without public (or task force member) input, or consideration of their impartiality; 3) proceedings were held in secret; 4) a task force member was expelled, apparently for expressing a thesis not in accordance with the majority opinion, and the Board did not veto it. We simply need to start over. A truly representative task force might include clergy, lawyers with either discrimination or First Amendment expertise (or ideally both), corporate line executives, a city government nomination, and several ordinary citizens, as well as a diverse small selection of the parent/student/faculty community that dominates the current task force.

What are the three biggest opportunities / challenges facing the Rye schools over the next 3-5 years?

What are the three biggest areas for cost containment with the Rye schools over the next 3-5 years?

Where did you go to grade school?

Who was your favorite teacher in grade school and why?

Leonard: Mr. Stimmel in the Markham fifth grade introduced us all to soccer at recess (a sport not offered in the community at that time), and probably helped spur the decision to add it to PE sessions.

Leonard: Not much; when I do have time, opera and classical music are the priorities.

Leonard: We have owned homes in Rye since 1978, and lived in Rye except for 1994-2011, when I was employed in London. Our tenants also enjoyed Rye and its schools during that period, based on what they told us.

John Leonard has been a Rye homeowner since 1978, and resident for more than 25 years. After graduating from Princeton and Harvard Business School with academic honors, his 42-year career as an equity analyst and portfolio manager focused on strategic analysis, financial governance, and public disclosure in the financial services sector. Since returning to Rye from London in 2012, he has served as Treasurer of the Rye Historical Society, and currently sits on their Knapp House Buildings and Grounds subcommittee. Outside interests include financial markets, gardening, and choral music/operetta, including Blue Hill Troupe performances in New York to raise funds for NYC charities.