Home Government City of Rye Is Con Ed Ready? Henri Headed to Rye with 3-6 Inches of...
GovernmentCity of RyeWeather 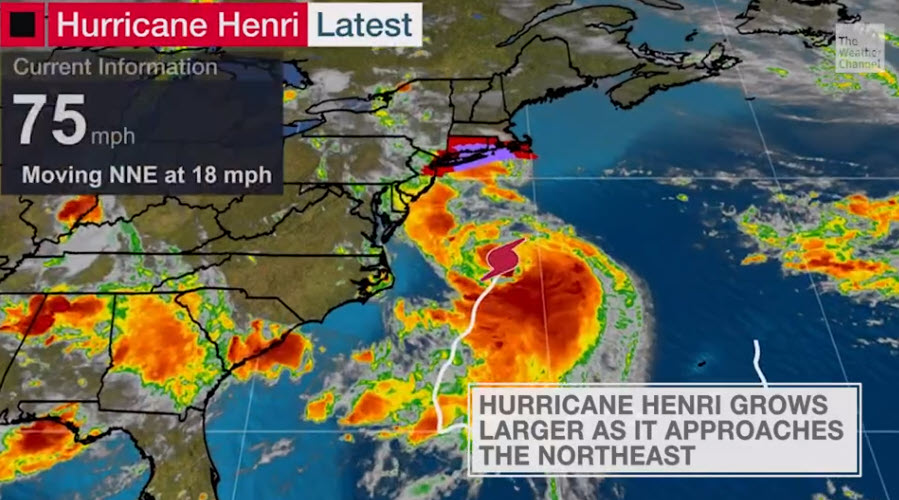 The category 1 Hurricane Henri is headed to Rye with 3-6 inches of rain and 70 mile per hour winds. A State of Emergency Declaration is effect in Westchester (and many other counties) prohibiting travel on Sunday between 10am and 4pm on city streets.

The City is reminding residents to remove vehicles from low lying areas, and from all city streets. Residents should secure outdoor furniture and other loose items.

One of the biggest questions is how Con Ed will handle the expected power outages, and if it will perform any better that it did only one year ago during Tropical Storm Isaias in August 2020 when some residents were without power for over a week. In State testimony in the wake of Isaias, Rye Mayor Josh Cohn spoke about “Con Ed’s Persistent Misbehavior” and in a storm post mortem interview, when asked by MyRye.com “From a scale of one (I’m moving my house off the grid because I don’t trust Con Ed) to ten (I have 100% confidence in Con Ed and have invited their management team over for holiday dinner with the family), rate your confidence in how Con Ed will handle the next nasty storm.” Cohn gave the Con Ed a “2“.

When asked about the Con Ed response issue on Saturday, County boss and Rye guy George Latimer told MyRye.com “It affects me like it affects everyone else. They are telling us they are ready.” Expecting power outages, Latimer continued “we [just] don’t want to lose it [power] for 2-3 days,” and discussing Con Ed’s tight leash on staffing levels expressed his concern “they don’t have enough crews to handle it.”

How do you think Con Ed will handle the storm response? Leave a comment below.

A coastal flood warning remains in effect until 1pm Monday and winds will continue, but winter storm Izzy seems to have had a lighter...
Read more
Government

(PICTURE: Rye City Hall by local artist Heather Patterson) The city council’s agenda for its meeting at 6:30pm on Wednesday, January 19, 2022 is out. The meeting is...
Read more
Weather

As of 6pm Sunday, the National Weather Service (NWS) is has a wind advisory from midnight Sunday to 8am Monday and a coastal flood...
Read more