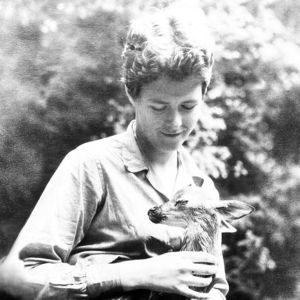 With her sons watching over her, Laura (“Laurie”) Elizabeth Ells peacefully passed away on Monday, January 31, 2022, at Rivercrest Nursing Home in Concord, Massachusetts. Born on May 18, 1937, in New York, New York, Laurie was the youngest of three children of Edward Lambert Richards, Sr. and Elizabeth Carter Richards.

Laurie was raised in Rye, New York with her brothers, Edward Lambert Richards, Jr. and Ernest Carter Richards. She and her family relished their time sailing on Long Island Sound out of the American Yacht Club aboard the sloop “Cynara” and the yawl “Laurie”. They would also enjoy time with extended family at Lake Sunapee in New Hampshire.

Laurie attended Rye Country Day School, where she most enjoyed music, pottery and basketball. In 1959, she graduated from Wellesley College. It was there that a young man named, Stephen Frank Ells, held the door open for her. She and Stephen were married on October 26, 1957. Living first in Lexington, then in the Conantum neighborhood in Concord, they raised three sons; David, Nathaniel, and Jonathan, to whom Laura devoted her time. Laurie remained close with her brothers and other relatives. Together, they enjoyed holidays, reunions, skiing, sailing and camping, from Long Island Sound, Downeast to the Gulf of Maine, across New Hampshire and Vermont, and back again.

A caring soul, Laurie worked in Concord as a home health aide, and advocated for the elderly as a board member of the Timothy Wheeler House in Concord.

An avid lover of music, Laurie carried “musical scales in my mind”, a trait she shared with her mother, “Betty.” Laurie sang in the choir at First Parish Church in Concord, with the Concord Chorus, and with the “Sweet Adelines.” Singing and being with her fellow choir members brought her great joy.

In the early 1990s, Laurie relocated to Manchester-by-the-Sea, Massachusetts with her partner, Robert Jermain. Laurie continued singing, joining First Parish Church choir in Manchester, and was a fan of Bob’s musical ensembles in which he played the trombone. Laurie and Bob loved traveling the world, and could be found with their paint kits on organized painting vacations.

A private interment will be held at Burr Cemetery in Freeport, Maine.