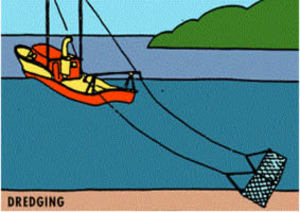 Rye city council minutes, penned by City Clerk Dawn Nodarse, have been published for the September 3rd meeting. Here are the highlights. Mayor Otis and all the council members were in attendance.

An analysis of Boat Basin funds has determined that with their current cash balance as well as what will be available at the end of the year from the revenue and expenditure budgets they should have approximately $1.7 million and the City has been able to negotiate with FEMA to obtain $300,000 in funding, which should cover the cost of the project. Genito introduced Mike Ludwig from Ocean Coastal Consultants, who explained the project. In the 1960âs the City benefited from a federal navigation project in Milton Harbor that included dredging activity into the community boat basin. It is the failure of the federal government to continue maintaining that navigation project that has resulted in the problems that face the harbor today. Half of the dredging that is necessary is located in that federal navigation channel in order to bring it up to a level that provides service access to and from the marina. The 100 foot wide channel is supposed to be maintained at a depth of six feet but in a number of places the channel has been shoaled in, resulting in about one-third of the navigable depth of the channel being lost. Although the Federal Government no longer maintains the federally authorized navigation channel, maintenance dredging should be done approximately every ten years to maintain navigable water depths. The dredging project should be done this Fall. There are four permits required, one from Connecticut DEP, one from New York State DEC (Department of Environmental Conservation), the third, a New York State Department of State Federal Consistency Authorization that is issued to the Army Corps of Engineers, which allows the Army Corps of Engineers to issue the fourth permit. The City has received all four permits, which will allow maintenance dredging for approximately 23,000 cubic yards of dredge material between October 1, 2008 and January 31, 2009 or any calendar period along that line. A clamshell dredge will be used and the material will be placed on barges that will transport the sediment to the Central Long Island Sound disposal site off of New Haven where the material will be placed and capped with clean material that is coming from three projects being done in Connecticut. Ocean Coastal will offer any support the City needs in managing the project. Dredging and ancillary work at the municipal boat basin was awarded to R.B. Conway & Sons, Inc., the lowest bidder meeting specifications, in the amount of $1,845,000.00, subject to completion of due diligence and approval by the City Manager.