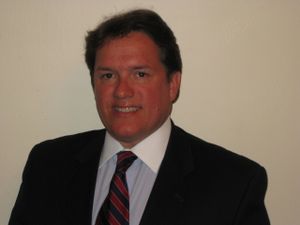 Douglas French, business executive and community leader announced today that he will seek the office of Mayor of the City of Rye in this year’s upcoming November election.  French said he is reaching out to the Independence, Republican and Conservative Parties for their party nominations.

“2010 could be one of the most critical years in Rye’s history as the lagging effects of the recession will hit our community and businesses especially hard.  We are going in opposite directions as property values, personal and business income, and wealth are dropping, while the size of our government, municipal debt, and property taxes are rising — not to mention the upcoming cost burden of a combined $15M from the Osborn Home litigation and a balloon payment for the purchase of the old CVS building.”

“Our local council needs to set the strategic direction for Rye, yet it has gone adrift and become bogged down in administrative issues and tasks.  This is not the time for that to happen. Now is the time for our local council to effectively manage us through this crisis and plan for Rye’s future.  It is time for new leadership, new ideas, and new thinking.  Public service has always been a part of my 22 years in Rye and I believe my management experience and leadership skills can bring about the positive change we need.”

“If we squeeze financially the businesses and people that live here and have grown up here, we will become just another transient place to live – and not the community we are.  The Rye experience is all about the people, our social groups and our neighborhoods.  That is what makes it so unique.  I am hearing from people in Rye that they don’t know if they will be able to stay here next year, let alone the next 5 to 10 years.  That is the fundamental reason for my candidacy – a decision that began in June of 2008 when I held a citizens forum.”

Facebook
Twitter
Email
Previous articleWhat’s Wrong With This Picture? Happy Earth Day…
Next articleRye PD on Prostitution via Craigslist: The Money is Easy