The Taser Letters: Final Love Note in Our Series 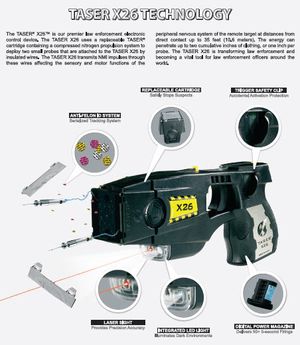 In this letter, the fourth and final in our series, the Rye Police Association says to Connors:

"At the risk of perhaps sounding disrespectful, you have not only misconstrued the full content of my letter of April 27, 2009, but you have wholly missed the larger point…

By refusing to identify and approve a holster which members may use to carry the Taser, you have placed our members in the position of resorting to other "ineffective conventional tactics" to immobilize and control dangerous or violent subjects, enhancing the likelihood that more physical force will be used than is reasonably necessary…

To now suggest that members ought not to carry the Taser in a holster on their person because of the potential risk of that weapon, is as ludicrous as authorizing and training police officers to use a gun, but without bullets.

…the PBA… will instead leave you to proceed at your own peril and that of the City of Rye."

What do you think of this exchange between the Rye PD and its uniformed officers? Leave a comment below.