With the November 3rd elections just around the corner, it's time for MyRye.com to introduce you to the candidates looking for your vote. This is your city and your election, so tell us what you think of the candidates and of our coverage. Leave your comments below.

Last week we introduced you to Doug French, who is challenging sitting Mayor Steve Otis. Today, we introduce you to Mayor Otis, who is gunning for another four years. 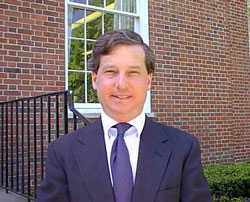 Counsel/Chief of Staff to State Senator Suzi Oppenheimer. I have worked for Senator Oppenheimer for 24 years and in state government for 29 which has provided me with vast experience in the workings of government at every level and on issues affecting Rye, such as government finance, local government, property tax relief, environmental protection, transportation, flooding and emergency management. My work includes the wide variety of issues facing New York State, Westchester County, and the 37th Senate District. Senator Oppenheimer is Chair of the Senate Education Committee.

Democratic Party. I believe at the local level that party should not make a difference which is why again, this year, I run with a nonpartisan ticket of Council candidates one Democrat, one Republican, and one Independent and why I have won each election with strong support from Republican, Independent, and Democratic voters.

Why are you running again for elected office?

With 29 years in state government, decades of work as a volunteer in Rye including my work as Mayor, a masters degree in public administration, I offer experience and knowledge of how government works translating into results for Rye that cannot be duplicated by others.

We face serious challenges brought on by the weak economy, threats from flooding, the importance of controlling property taxes, maintaining quality services, and keeping the merit-based nonpartisan decision-making our team has brought to the City Council.

This is a time to continue the unique leadership I offer through my understanding of how government operates and a proven record of innovation and success in increasing public participation, maintaining our Aaa bond rating and strong municipal finances, delivering projects for the community, and securing millions of dollars in outside grants, loans, and private sector funding to accomplish Rye’s goals.

I am as excited as the day I began to use my unique experience from a career in public service to deliver great results for Rye in this volunteer position. In these challenging times, I have helped Rye accomplish goals that would not have been achieved without my involvement. I know that Rye will need the skills I offer in the days ahead.

The key to this election will be to elect those individuals who understand Rye the best and have proven their ability to get things done through leadership and success by working with people and getting results.

Andy Ball has been a thoughtful and essential member supporting increased commitment to infrastructure such as our flooding projects, the rebuilding of Theall Road, and the  Boston Post Road repaving and redesign project, as well as protecting Rye residents as we did at Highland Hall. Myles Lavelle has demonstrated his leadership ability as head of Rye Little League, volunteer for other recreation programs, and for other programs like POTS. Myles brings a strong business analysis background, which is always valued on the City Council. Joe Murphy has been a leader in Rye for decades having served as Chair of the Rye Conservation Commission, co-founder of the innovative Rye Senior Advocacy Committee, and as a leader in saving and rebuilding the Rye Nature Center. As a social worker Joe brings skills in solving problems, assisting senior citizens, and also served our children as a member of the Board of Education.

We all share a commitment to addressing the challenges of today based upon merit-based decision-making, public participation, and not partisan politics. Each member of our ticket has been successful in working with others to bring results for Rye.

The most important issues are to maintain our strong financial position in difficult economic times, control taxes, maintain services, continue to implement flooding and other infrastructure projects, and continue to use innovation to meet goals of the community for children, recreation, the environment, public safety, and traffic safety in a cost-effective way.  We face challenges from outside Rye on issues such as flooding, traffic, the proposed Long Island Sound Highway Tunnel, cell towers in residential neighborhoods, and taxation. I will continue to use all my skills to protect Rye on all of these issues.

1. Municipal Finance – The City of Rye government is one of a handful of communities in NYS with a Moodys Aaa bond rating and strong finances by the measures of debt, level of taxation compared to other communities, staffing levels, and operation. With the recession, elastic revenues are dropping for all municipalities. We took strong steps last year by adopting a 2009 budget that is $1.1 million less than 2008 and establishing a Recession Task Force to address additional cuts going forward. We have now matched $1.8 million in reduced revenues because of the economy, with $1.8 reduced spending. We will continue to examine services, reorganization, and spending to prepare for additional reductions until the economy improves.

2. Flooding – Rye is one of the first four communities to receive county flood mitigation funding which will provide $1.2 million towards our Bowman Avenue Sluice-gate project. (12 communities applied) Reducing our flood risk is an important priority because the cost of flood damage affects not only homes and businesses directly impacted,   but also every other resident. Flood damage in Rye lowers property values for the entire community, and we all share in the cost of repairing damaged municipal infrastructure. Our risk cannot be eliminated, but can be reduced through implementation of a number of individual projects, mostly upstream of Rye. No single project can provide adequate flood mitigation alone.

We have completed the Elm Street brook wall rebuild and the Milton Harbor dredging projects. We await approvals from New York State for the Central Avenue Bridge rebuild and from utility companies for the Theo Fremd Brook wall project. All of these projects will be paid for with significant amounts of outside funding to protect Rye taxpayers. (Some projects funded with 80% or more in outside sources.)  I was appointed as an original member of the County Flood Action Task Force and have been a leading advocate for responsive flood mitigation policies with federal, state, county, and municipal officials and am eager to continue this work. Rye has had tremendous help from the Rye Flood Action Committee.

3. Maintaining nonpartisan merit-based decision-making. The change our team brought to the City Council four years ago was to restore sound decision-making based upon the merits of the issues and what is best for Rye. Our focus is on results, public participation, respect for differing views and open government. We do not want to see Rye go back to partisan game-playing which results in bad decisions for our town. Our Council slate of one Democrat, one Republican and one Independent is committed to these principles.

The City of Rye will proceed with the dredging of Milton Harbor in two stages at a cost of over $5 million. In a...
Read more
Government