After a spate of bad weather, spring arrived in Rye in full force Saturday with 75 degree sunny weather.

(PHOTO: Kayakers take to the Milton Harbor on the Long Island Sound. The historic Wainwright House is in the background. Photo taken on Saturday, March 20, 2010.) 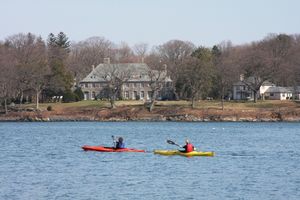 In a letter to MyRye.com, Mayor Josh Cohn and the six members of the Rye City Council want you to know there is a...
Read more
Weather

The National Weather Service is predicting 1-2 inches of rain on Monday night overnight into Tuesday. Localized flooding, flooding from streams and coastal flooding may...
Read more