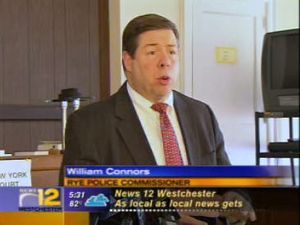 We keep hearing coyote stories at MyRye.com. Have you had a brush with Wile E. Coyote around town? Leave a comment below. We heard from Angelo Vassallo of Greenhaven, the Rye neighborhood adjacent to the Rye Marshlands Conservancy. Angelo wrote to MyRye.com:

"Last Monday at 5:30 am  I was walking my dog on Brevoort and Greenhaven when out of the bushes a large coyote jumped out. I fell back but grabbed my small dog.

I yelled at it and it didn’t move. I started to walk backwards towards my house and it followed me. Finally I picked up a rock and chased it away. I called the police who indicated that they knew that coyotes were in the Greenhaven  area. I now walk my dog with a stick in my hand."