Digging the Dirt on Rye History

MyRye.com is pleased to have Suzanne Clary, president of the Jay Heritage Center, join as a MyRye.com history correspondent. Today our history teacher digs up some dirt on Founding Father and Son of Rye John Jay. 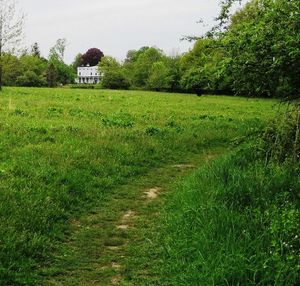 Summer's merciless heat and unpredictable spates of rain are wreaking havoc on backyard gardens in Rye everywhere. As we scramble to salvage modest tomato harvests, we would do well to remember our Founding Farmers and their own determination to triumph over garden pests and less than ideal conditions.

A recent New York Times article about Thomas Jefferson's green acumen "At Monticello, Jefferson's Methods Endure" by Anne Raver (June 30, 2010) referred to the Virginian's preferred solution for discouraging insects plaguing his vegetables by amending "crummy soil" with "a heavy coating of dung," this recommendation penned in a letter to his daughter in 1793. Jefferson was not alone in his esteem for dung as a garden cure-all or experimenting with other natural horticultural solutions.  His friends and fellow nation builders – George Washington, John Adams and John Jay -  longed for the war to end and the chance to move on to greater adversaries like Mother Nature herself, where victory might manifest itself in winning a blue ribbon for the largest melon at a future Independence Day Fair! 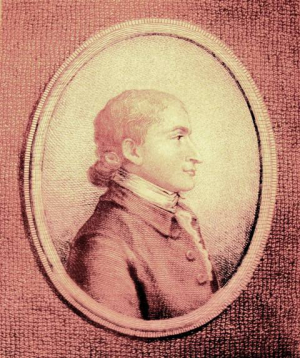 As the only one of the seven Founding Fathers to serve in every branch of government, Rye's very own John Jay was in constant motion which left less time for getting in and out of his green jeans, well, green britches. Yet he continued to spend the available time he had designing gardens and planting trees at all his properties as well as swapping seeds, saplings and dung testimonials with friends and family.

In a letter dated November 7, 1797 he thanks a Scottish colleague, Sir John Sinclair (first President of London's Board of Agriculture) for lessons shared. Jay then describes his family's soil in Rye as "rich, being a black mould, on a strong loam, with clay under it & manured every year with Dung from the barn yard." In fact, contrary to the prevalent wisdom of crop rotation, one field in particular at the Jays' Rye farm was regularly planted with potatoes year after year, except during the Revolution years of 1776 – 1783, and it still yielded consistently good results.

But eschewing complacency, Jay decided to see if he could improve on success and proudly detailed his own experiment to Sinclair: "Last year I planted a small piece of ground (not rich, stiff and inclined to bake)…and the fact was, that the Rows where the Dung was placed over & upon the seed Potatoes yielded more than the Rows where the Dung was placed under them." Talk about a revolutionary idea.

Jefferson and Jay had many of the same right ideas 200+ years ago and today's organic gardeners use composted manure whenever possible to increase crop fertility naturally.  At the Jay Heritage Center, we hope to restore vegetable gardens on the Jay Property and maintain them with historic, organic methods, holding educational seminars for area residents. Perhaps we'll even locate that original potato patch and replicate of one of John Jay's proudest horticultural experiments.

Suzanne Clary has been President of the Jay Heritage Center Board of Trustees since 2007. A Yale graduate with a B.A. in Art History, she has served on numerous not-for-profit boards and committees in both Westchester and New York City including the Legal Aid Society of New York. She is currently a member of the International Advisory Board Council for Mystic Seaport and is passionate about American History and Historic Garden Design.