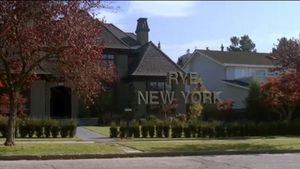 If you think your commute is tough, just watch the recent episode of Fox TV's The Fringe.

In the opening scene, a Rye commuter is pricked by a man carrying a poison umbrella, stumbles home and then the man's heart is stolen while he is still alive. And that's in the first few minutes of the show.

Wow, and I think my commute stinks because the parking stinks and the train seats are worn out…

"This week’s episode of Fringe really tore at the heartstrings – in more ways than one. By the end, the divide between Olivia and Peter may be greater than ever, even now that they’re both in the same world.

The episode begins with the extended death of a Mr. Russo, of Rye, New York. The hapless Mr. Russo steps out of a train, where he is immediately followed by Roland David Barrett, a dapper fellow dressed to the nines, complete with an old-fashioned umbrella.

Making like a contemporary Cobblepot, Barrett pricks Russo with the tip of his umbrella. By the time Russo arrives home in Rye, he is visibly ill and passes out. When he wakes, he is strapped to an operating table and covered in blood.

He hears Barrett calling 911 and alerting them to his location. Barrett then apologizes to Russo, telling him "there was no other way," and injects him with something. When the paramedics arrive, they find the man still strapped to the table, his heart removed, but still alive.

Peter and Walter Bishop, Agent Broyles and the Our World Olivia Dunham soon descend on Rye, where we learn that Mr. Russo died soon after the paramedics found him." 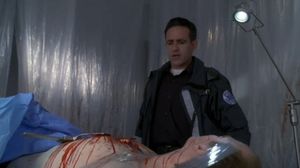