Suzanne Clary, president of the Jay Heritage Center, is a MyRye.com history correspondent. Today our history teacher tells us about Thanksgiving firsts.

Long before the "Occupy Wall Street movement," Americans occupied Wall Street and our nation's first capital  – New York – and witnessed Washington's swearing in on the balcony of Federal Hall in 1789. 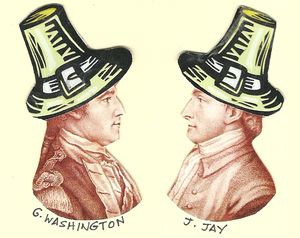 But do you know another American first that took place in New York in 1789? Urged by the Congress, Washington recommended to all citizens "a day of public thanksgiving" be set aside on Thursday, November 26. Among things to be thankful for? The "conclusion of the late war; for the great degree of tranquility, union, and plenty which we have since enjoyed; for the peaceable and rational manner in which we have been enabled to establish constitutions of government for our safety and happiness…" Despite over a dozen previous mandates of thanks initiated by the Continental Congress during the Revolutionary War, this was the very first instance of a national observation and another would not take place until November 1795.

And 1795 was a good year to give thanks both for the young nation and for New Yorkers. It was in July of that same year that the scourge of yellow fever, or what lexicographer Noah Webster would later dub "Autumnal bilious fever in its infectious form," had reached epidemic proportions in New York City. John Jay had been elected 2nd Governor of New York and occupied the Government House, across from Bowling Green, originally built for Washington, but given over to the administration of New York State when America's capital moved to the banks of the Potomac River. 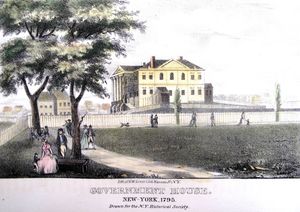 Friends urged Jay to leave but he chose to stay so as not to add to the panic stemming from memories of a similar epidemic that had killed over 4,000 people in just 4 months in Philadelphia in 1793. "I think it best that my family should remain here, lest their removal should increase the alarm which is already too great." True to his word, the Jays stuck it out and when the weather grew colder in November, cases of the sickness declined rapidly but by this time, over 700 had died. 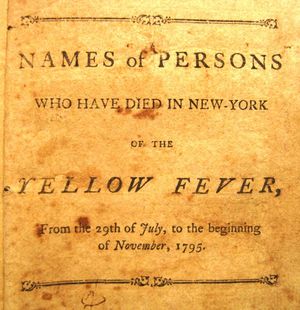 So it was with genuine gratitude both for the survival and health of his own family and fellow citizens that Jay issued the first official Thanksgiving proclamation in New York State, to be celebrated on November 26, 1795. He took this occasion to also encourage thanks for “preserving us from being involved in wars. . . . which at this moment afflict and distress many nations,” and for “the valuable life and usefulness of the President of the United States, "  a man first in the hearts of his countrymen – and history books too. 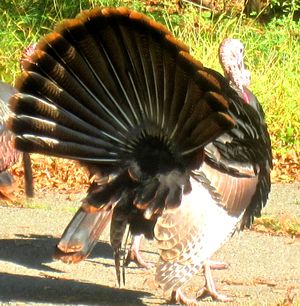 With warmest wishes for a peaceful and healthy holiday to us all.