Tonight the Rye City Schools announced Frank Alvarez will be the next Superintendent, signing a five year contract. he replaces Ed Shine, who is retiring after 16 years. Here is the announcement:

"Dr. Frank Alvarez to be Appointed Next RCSD Superintendent
Introduction to the Rye Community on March 27th at 6 pm 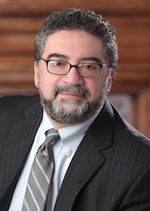 On Tuesday, March 27th, the Rye City School District Board of Education will appoint Dr. Frank Alvarez, a veteran public education leader, as its next Superintendent of Schools. The Board will approve the contract with Dr. Alvarez in a special meeting that will begin at 6 pm, followed by a reception for Dr. Alvarez to meet informally with any interested members of the community in the MS-HS Library. The regularly scheduled Board meeting will commence at 8 pm in the multipurpose room, preceded by Executive Session at 7 pm.

He assumes the chief school officer position from Dr. Edward Shine, who has served as Superintendent of Schools for the past 16 years and will be retiring from the district effective June 30th.

"We are pleased to welcome Dr. Alvarez to Rye and we are confident that he will be an excellent superintendent for our District," stated Board of Education President Laura Slack. "After completing a rigorous superintendent search process, the Board unanimously agreed that Dr. Alvarez is highly qualified and is a great match for our educational goals and philosophies in Rye."

"I'm honored to be given this opportunity," said Dr. Alvarez. "Rye is one of the nation's premier public school districts, and I am committed to helping drive the district to even greater heights."

The contract between Dr. Alvarez and the Board of Education is for five years, beginning on July 1, 2012.

Dr. Alvarez began his education career in 1977 as a teacher, and became a principal in 1984. He later headed the New Jersey State Department of Education's Urban Initiative: Operation School Renewal, before embarking on a leadership career in several highly-regarded New Jersey school districts.

A strong advocate for public education, Dr. Alvarez serves on a number of professional boards including the Commission on Secondary Schools for the Middle States Association and the New Jersey Urban Superintendent Association's Executive Committee. He is an executive board member of the Tri-State Consortium and the Victoria Foundation. He is also a founding member of the District Management Council and the Panasonic Foundation's New Jersey Superintendents Network.

Dr. Alvarez obtained his Bachelor of Arts Degree from Montclair State University and his Master of Arts and Doctorate Degrees from Columbia University's Teachers College. He also holds an Honorary Doctor of Letters degree from Montclair State University. In addition to his career highlights, Dr. Alvarez has earned recognition for his educational research, which has been published covering a number of issues. He has also served as an adjunct professor and mentor to new and aspiring school administrators.

Dr. Alvarez, who resides in River Vale, NJ in Bergen County, is married and has two children. His wife is a teacher in a New Jersey school district."