The Rye Democrats have added two candidates to the city council race, Meg Cameron and Shari Punyon. They have not produced a third for the council race and are leaving Joe Sack unopposed for Rye Mayor.

Here the the PR from the Dems: 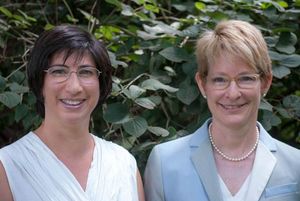 Meg Cameron of Martin Butler Court and Shari Punyon of Glen Oaks Drive announced today their candidacy for two seats on the Rye City Council, vowing a campaign to bring fresh voices to City government at a time when the City needs new direction.

City of Rye Democratic Chair Rod Brown confirmed selection of Cameron and Punyon by the local selection committee saying, “We are very excited to bring these impressive candidates to City government. They will deliver a spirit of reasonableness and cooperation, a marked contrast to the divisiveness among Council members during the last four years.”

In a joint statement, the candidates echoed those sentiments: “As people with deep roots in Rye, we want to see the City Council focus on improving the community. Rye residents deserve careful, efficient use of tax dollars, top-notch City services, and open decision-making.”

Meg Cameron is running for the City Council to foster good government and accountability in Rye.  Meg was one of the original writers for The Rye Record and her efforts helped establish the paper when it was founded in the 1990’s. She has lived in Rye for over 25 years with her husband Jim Glickenhaus. She volunteered in Rye's public schools, which their two children attended, and with Meals-on-Wheels, Literacy Volunteers of America and Open Door Family Medical Center. Meg has a Masters in Science in Immunology from Albert Einstein College of Medicine and a BA/BFA from SUNY Purchase.

Meg and her husband support numerous Rye-based organizations, including Rye Youth Council, Rye Free Reading Room, Rye Association for the Handicapped, Helping Hands for the Homeless and Hungry and Sprye.

Shari Punyon also joins the race for a seat on the City Council. She looks to refocus city government on the needs of all residents and to encourage openness and harmony on the council. Shari belongs to the Friends of the Rye Nature Center, the Friends of Rye Town Park, and supports the Rye Free Reading Room. Shari was active with the Junior League on the Sound from 2006-2012. She and her husband Harris have lived in Rye for 14 years, and have two adult children who went through Rye schools and a 5-year old daughter about to enter Osborn School. Shari has a BA in Physics from Rutgers and has been a technical writer for the last 25 years, for the last 11 with Siemens Healthcare Diagnostics. Shari and her family have been regular users of the pool at Rye Golf Club and the Rye Free Reading Room. On the Council, she will work to help those and other important Rye institutions succeed.

Rod Brown added, “We are focusing our efforts on these two races to bring voices to the Council not tied to the dysfunction and Council infighting of the last four years. The City needs checks and balances to bring open and effective government back to Rye. We will be asking voters to insure that by electing Meg and Shari.

We discussed possible candidacies with other hopeful City Council candidates but Meg and Shari were the only two to win support of the Rye Democratic Committee.

Other people were approached regarding Council or Mayoral candidacies in the course of the last six months. Many expressed concern about the City’s decline but were not able to run for a variety of reasons.

The most common factor cited by the people who chose not to run this year was the divisiveness on the Council and personal attacks against and between Council members.

Meg and Shari are outstanding candidates who will serve the community with distinction. We believe Rye residents will support them this November.”