Home Schools School Construction: On Schedule and Under Budget
Schools

School Construction: On Schedule and Under Budget

Update on the construction of the new science wing of Rye Middle/High School: 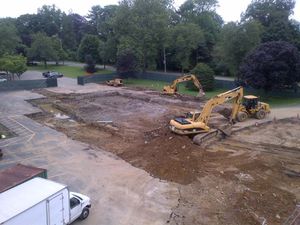 "The Rye City School District's Middle School/High School construction project is well underway! The District celebrated the groundbreaking for its new High School science wing in early June, and a great deal of progress has been made since then. The timeline is moving according to schedule and under budget thanks to the collaboration, dedication, and expertise of the professionals involved. The District will be reporting progress on a regular basis and is pleased to provide its first update: