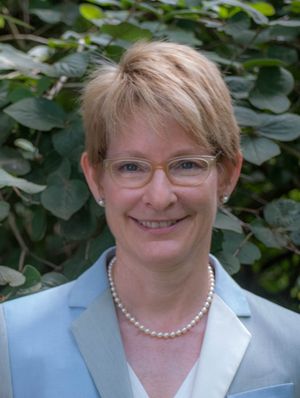 Publisher's Note: The returned set of questions and answers from Candidate Cameron does not bear much resemblance to the list of questions we sent her. In fact she told MyRye.com "I have answered your questions in a more reader-friendly format and have covered key areas of importance as time has allowed." Questions were left out, completely re-written and new ones were added.
We considered not publishing this at all but decided in the end, better
to share what was available.

My name is Meg Cameron, and I am running for City Council on the Democratic ticket. I am 59 years old. I was born and grew up in Brooklyn, but I have lived in Rye for 27 years. I met my husband, Jim Glickenhaus, when I was 16, and we have been together happily ever since. We have two children, Veronica (25) and Jesse (31), who attended Rye City public schools. Jesse and his wife Amanda have a six-month old daughter, making us proud grandparents.

I have a BFA in Visual Arts and a BA in Biology from SUNY Purchase. I also have a Masters degree in molecular biology and immunology, and came close to earning my doctorate at Albert Einstein College of Medicine.

I am grateful to live in Rye. My husband and I have been supporters of numerous local organizations, including among many others the Rye Free Reading Room, Helping Hands and SPRYE. I was one of the original writers for The Rye Record when Dolores Eyler founded it in the 1990’s, and my efforts helped establish the paper. I have done volunteer work ranging from helping out at Milton School to delivering Meals on Wheels to serving on the board of a large not-for-profit health care organization.

I am running because I am disturbed by what I have seen of City government in the last few years, and I would like to make things better. I believe Rye’s three biggest issues are:

I also consider the following issues to be priorities:

If I have the honor to be elected to the City Council, I will work to restore trust in Rye’s government through sound decision-making. My science background has prepared me to tackle complex issues such as those facing the City with analytical skills and rigorous logic. My volunteer background has prepared me to work civilly and productively with all.