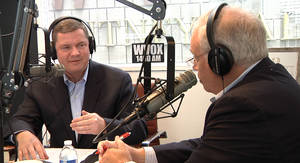 Here is the release send out by Sack:

Sack discussed in detail his record on the Council, as well as his future plans as Mayor.

Outgoing Rye Deputy Mayor Peter Jovanovich, who is also running for Mayor, was invited to appear with Sack on the program, but declined to attend. 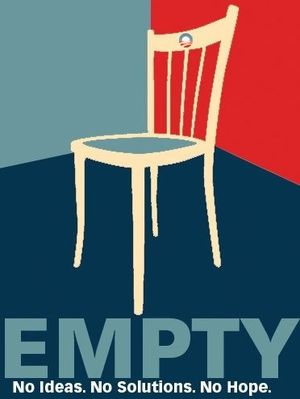 “Mr. Jovanovich had said that the reason he was running in the first place, after no other candidates stepped up to challenge me, was to ensure that there was a debate,” Sack commented.  “Since he made that into the rationale for his candidacy, I now have to wonder, where is he?”

Meanwhile, earlier this week, Jovanovich released an attack ad in a glossy mailing which he sent to all Rye households.  The mailing attempted to make an issue out of the candidates’ purported views on negotiations with the Rye Police, who have been working without a contract since 2008.

“I think it’s a shame that Mr. Jovanovich would drop such a negative and misleading piece into my neighbors’ homes, but then refuse to show up and debate me face to face about it,” Sack stated.

Sack said:  “My views have been clear – I’m committed to getting the best deal possible for the taxpayers of Rye.  And in that regard, I won’t question that Mr. Jovanovich wants the best for Rye too.  Unfortunately, the outgoing French-Jovanovich administration hasn’t gotten the job done.  We need a new approach that works.”

Jovanovich has stated publicly that he favors a “grinding on” style of “not urgent” police contract negotiations, which he has dubbed the “Japanese” method.

This Jovanovich approach has resulted in five long years of unnecessarily contentious mandatory arbitration proceedings, with the City paying hundreds of thousands of dollars to outside lawyers, and with police morale and productivity suffering.  Furthermore, the City now has a retroactive salary payment looming on the horizon, also in the hundreds of thousands of dollars, which will have significant budget implications.  Finally, any arbitration decision will, by law, only cover two years, which will only get the City to 2010.  This means that the City will still be three years behind.  So the City will be right back at the bargaining table, having lost the opportunity to leverage a long-term deal.

“No matter what the arbitration decision ends up saying, both sides have sadly already lost.  My view – and the view of others – is that the Jovanovich approach has actually now proved more costly, than if the City had negotiated a reasonable settlement in a reasonable time frame, which was clearly the correct course all along.”

Sack, who is a securities litigator in private practice, continued:  “As an attorney, I successfully negotiate mutually acceptable resolutions to seemingly intractable and complex disputes involving some of the largest banks in the world.  Part of coming to an agreement is not just being tough, but also being smart, savvy and sophisticated.”

Sack continued:  “Maybe the only thing Mr. Jovanovich got right in his mailing was that I’m willing to engage the other side in frank discussions while showing mutual respect.  However, Mr. Jovanovich seems to thinks that’s something to be criticized.”

“Regrettably, Mr. Jovanovich’s approach has proven costly, ineffective and paralyzing, and has not resulted in an agreement – much like the bickering in Congress down in Washington.  My teammates and I, as part of our ‘Rye United’ effort, are striving to change that with a return to common sense and good judgment.”