Rye High School is pleased to congratulate seniors Claudia Hentschel, Olivia Iles, and Elliot Meister for achieving Finalist status in the 2014 National Merit Scholarship Program Competition. This distinction was earned based on the students’ academic records, the school’s curricula and grading system, test scores, written recommendations, participation in activities and leadership, and essays. 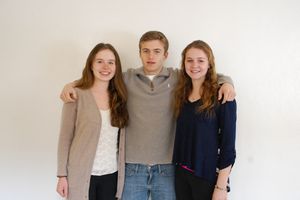